In prior Supply Chain Matters blog commentaries focused on SAP SE’s ongoing product strategies and financial performance, we have sought to advise our readers to pay close attention to important directional signposts. Now, more than ever, organizations considering their SAP ERP or SCM Cloud migration paths need to pay close attention to obvious cautionary signposts and to the potential of misaligned strategy timetables. 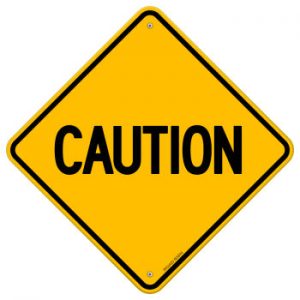 In a prior opinion commentary published in May 2019, Resolving a Path Forward for Business Transformation in SAP Business Landscapes, we reiterated that businesses and supply chain management teams across the globe, now more than ever, need to be able to more quickly respond to a rapidly changing global markets. The online and digital-driven economy is disrupting multiple industries, product and services models. In industry after industry, innovative firms are leveraging digital based business models leveraged by advanced technology to disrupt existing markets, unseating market-share leaders. Escalating trade and tariff conflicts are significantly disrupting supply networks requiring enhanced information analysis and scenario-based decision-making capabilities.

Business agility and responsiveness has become fundamental for driving added growth and profitability, and that now adds to the increasing need for businesses, including those supported by SAP, to need to invest in new business models and more enhanced processes supported by less-disruptive and more flexible Cloud-based technology.

SAP customers who invested in major on-premise ERP or SCM business applications software and technology several years in the past have thus reached an inflection point. Initial on-premise implementations involved millions of dollars of total up-front and continuing investment and a lot of added customization to support ongoing business change. Many existing businesses likely remain reluctant to have to move the bulk of on-premise ERP applications to the Cloud, without a solid business case relative to overall cost, time-to-benefit or avoidance of added business disruption. With SAP support for existing SAP ECC customers coming to an end in five years, business and IT teams have little choice but to begin active planning of migration., including the scope and managed risk aspects of such a migration.

Internally within SAP itself, efforts to move existing technology to Cloud based application support models has primarily be driven by a predominant acquisition-based strategy that involved multi-billions of dollars invested in acquiring Cloud application providers Ariba, Concur, Fieldglass, Success Factors, and the latest, Qualtrics.  When one rolls back the covers to assess the primary motivating strategy, there is a strong argument that such a strategy stems from both buying innovation and locking-in opportunities for added user-based seats spread across the enterprise. Obviously, that accelerated SAP’s subscription-based revenue flows.

SAP has introduced broader options to support end-to-end business process capabilities, such as procurement, human resources, expense and now experience-based management. But for major core business applications and industry-specific applications support needs, the prime strategy remains compelling existing applications customers to upgrade their business applications support to SAP S4 HANA Cloud, SAP Integrated Business Planning, or SAP Digital Supply Chain. Added to the messaging is the need to convert database and information management needs to variations of SAP HANA Cloud support, some of which is rather confusing for business teams to comprehend, understand and evaluate.

When under market or investor pressure, SAP’s go-to strategy has always been to leverage the global partner community with promises of large support or implementation revenue streams. Thus, customers will have to decide, which Cloud infrastructure platform provider are best suited for the reality of a hybrid integration landscape that will need to integrate on-premise with multiple Cloud platforms.

Our blog commentary focused on SAP’s Q1 financial performance called specific attention to SAP’s disclosure that activist investing firm Elliott Management has taken a € 1.2 billion stake in the company.  We noted financial media indications that Elliott has built a reputation as a hardball activist, showing a willingness to engage in protracted legal fights in order to push through changes for increased short-term shareholder returns.  Elliott’s presence has been attributed to building shareholder disappointment in SAP’s ongoing profitability track record and its share price underperforming.

Reviewing significant financial headlines over the prior two weeks, we noted with interest a common mention of this activist firm. It was either in its $3.2 billion stake in AT&T, and now subsequent open letter to the company’s Board indicating an intent to actively influence the selling-off of parts of its business while questioning the recent acquisition of DirectTV. In the similar news cycle, Elliott has taken a stake in Marathon Petroleum and is now actively lobbying that company to break itself into three separate businesses for increased shareholder returns.

Conducting a Google search, we noted that this activist investor is not shy to technology company investments. A previous investment in Compuware orchestrated a restructuring while a stake in Mentor Graphics pushed for an eventual takeover by Siemens. Currently, Elliott is further attempting to obstruct the takeover of NXP Semiconductors by Qualcomm, seeking a better offer for shareholders.

This hedge fund’s founder, Paul Singer, has been described by Bloomberg as the world’s most feared investor. And it would seem rightfully so.

While Elliot’s stake in SAP is relatively small at this point, the shadow of pending change relative to shorter-term financial performance expectations appears obvious.

SAP’s stated declaration in April of Ambition 2023 is for us, the compelling evidence of such a shadow. The ambition presents an aggressive five-year window for tripling Cloud subscription and support revenues and growing total revenues to more than € 36 billion, with gross margins upwards of 78 percent. Further included is the stated goal of a dividend payout ratio of 40 percent or more of the prior year’s profit after tax.  SAP CEO Bill McDermott’s  amplification on a best-run SAP was stated as: “driving significant margin expansion and extending the company’s commitment to mid-term improvements and stronger shareholder returns.”  The presence of Elliott Management may be one reason for that strategy, namely that large investments in deploying an overall public Cloud infrastructure dilute overall margins and future earnings.

In our highlighting of SAP’s Q2 financial performance, we called attention to CEO McDermott’s added candor relative to products: viewing the S/4 HANA ERP suite, as the flagship platform. He noted then: “We’ve got more growth coming with S/4 HANA especially as more and more of it comes from the cloud.” Regarding database: “We’re going after the database market (with HANA) with all we have.”

Founder Larry Ellison’s specific observations noted that while having acquired several Cloud applications companies over the years: “they (SAP) somehow forgot to rewrite (engineer) their applications for the Cloud” which was an obvious critique of SAP S4 HANA suite. He continued his SAP observation as: “We (they) want you to move to the same old applications you had before, but now they’re running on HANA. They don’t have Cloud ERP applications, and they certainly don’t have an inherent Cloud (hosting) platform. We think that’s a huge opportunity for us. Thank you, SAP, for doing that.”

Obviously, some of our line of business, IT and supply chain functional readership will context Ellison’s statements as bluster toward a competitor. That stands to reason, these two major providers never get along.

Our takeaway message to our SAP installed base users remains one of caution along with correlation of timetables.

The first and obvious is the required timetable of your company’s business and supply chain process support needs, the associated internal budget and overall IT cost considerations, and the timetable of required time-to-value. The notions of multi-year systems migrations are no longer valid nor acceptable to businesses and their shareholders.

SAP’s timetable, as reflected in required financial performance expectations, has other more obvious considerations. Most of the current messaging is tailored to convince on-premise customers that migration to Public Cloud is the way to go. The question, however, that SAP customers need to rationalize, is whether this a strategy to accommodate SAP’s 2023 Ambition needs in revenues and margins, or to best accommodate customer business and digital transformation time-to-benefit needs, or both.

Rest assured, the stakes and the implications are indeed more compelling.

First and foremost, ensure that your organization’s timetable related to time-to-value, IT infrastructure support and data security needs are the prominent influence in overall Cloud applications, information and systems migration.