Today’s business headlines include the reporting of Amazon’s latest operating results for the March-ending Q1 quarter. The global online provider and Omni-channel disruptor reported a net sales increase of

15 percent to $22.7 billion, but also a net loss of $57 million. There was a $1.3 billion unfavorable impact related to foreign exchange rates throughout the quarter. Operating expenses increased nearly 75 percent, prompting The Wall Street Journal to opine that: “Amazon again spent nearly all the money it took in.”

In essence, Amazon is spending and investing in all forms of projects and today’s predominantly short-term focused investors are growing ever more impatient with the timing of a big reward. Once more, Amazon has forecasted the potential of an operating loss, or small profit gain for its upcoming quarter.

An area that has captured Wall Street’s attention is revelations about the often secretive cloud computing support Amazon Web Services (AWS) business operating unit which was finally revealed. AWS revenues were reported as $1.57 billion in the quarter, up a whopping 49 percent, and at an annual run rate of nearly $5-6 billion for the year. Once more, this has been in a fiercely competitive sector with many global enterprise technology players duking it out for market-share dominance. Once more, operating margins for AWS are tracking at nearly 17 percent compared to nearly 4 percent for retail online fulfillment.  Retail fulfillment continues to have pressures related to distribution center rollouts as well as the net effects of free shipping offered to Amazon Prime customers.

The high AWS product margins categorizes this business as growing faster than Amazon’s online fulfillment business, although considerably smaller overall, but the difference in margins have now captured the interest of Wall Street, and most likely the community of activist investors.

Among online customer fulfillment highlights for the march-ending quarter were:

A common and troubling theme in today’s U.S. business climate has been activist investors surrounding well-recognized internally focused producers including names such as Apple, DuPont, Procter & Gamble and others.  The HJ Heinz-Kraft Foods acquisition announcement continues to have far reaching implications for other consumer product goods producers and their respective supply chains.

The question now becoming apparent is whether Amazon’s growth track record contrasted to profitability performance opens the door to activist actions as well, particularly when it concerns the potential of AWS.

© 2015 The Ferrari Consulting and Research Group and the Supply Chain Matters© blog. All rights reserved. 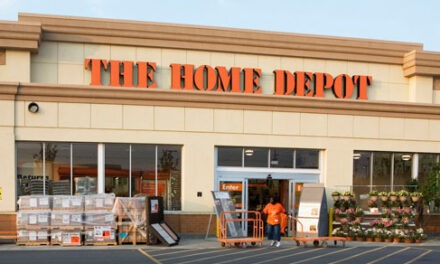