According to various published reports as well as a White House readout statement, the forum heard directly from industry leaders on the impact of the semiconductor chip shortage currently impacting U.S. based manufacturers, short and long-term approaches to address shortages, along with the importance of encouraging additional U.S. based chip production capacity.

The President indicated to the participants that he has received bipartisan support from 23 U.S. Senators and 42 U.S. House members backing a proposal for appropriating $50 billion for semiconductor manufacturing and research.

White House Press Secretary Jen Psaki indicated the meeting showed that the administration is serious about addressing supply chain constraints and softening the impact for affected companies and workers. 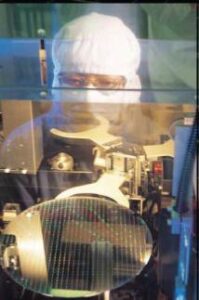 Intel CEO Pat Gelsinger indicated to Bloomberg that the White House and Congress are working aggressively to support the semiconductor industry. TSMC representatives reportedly voiced active support of a U.S. strategy, amid current plans to construct $12 billion fab facility in Arizona scheduled to begin this year with volume production planned for 2024. In addition to TSMC, Samsung Electronics revealed additional details in a filing with the State of Texas regarding plans to construct a “cutting-edge” semiconductor facility within the United States. Bloomberg initially reported in January that Samsung had sights on investing in an advanced technology chip plant in the U.S.

There were reportedly some interests arguing for prioritization of supply for certain industries such as automotive. From our Supply Chain Matters lens, that tends to be not an ideal approach in strategic policy frameworks. Broad based industry supply resilience needs should be incorporated. From the reports that we have reviewed, there were voices advocating for a broad-based perspective.

According to reporting from The Wall Street Journal, a White House post meeting synopsis indicated that: “participants emphasized the need to better track the semiconductor supply chain to help mitigate shortages. Transparency was the topic of discussion, according to a person familiar with the matter.”

The reality of this effort, beyond the initial political theater, is to address the needed resiliency of semiconductor supply networks. U.S. and China trade relationships continue to cool and with China itself becoming more vocal relative to the reunification of Taiwan, the global hub of advanced semiconductor fab production, the stakes grow far more significant in terms of the bifurcation of semiconductor, smartphone, telecommunications and now automotive supply networks.

As the industry knows all too well, bringing a state-of-the art semiconductor fab online takes a boat load of money and likely years of planning and deployment. That is the real intent of this White House effort, to provide an assessment, strategic roadmap. It further provides a framework of government and industry consensus on direction and commitment along with a potential pool of government financial incentives to spur domestic investment.