In November of 2009, Supply Chain posted a commentary in the wake of Warren Buffet’s Berkshire Hathaway $26 billion acquisition of the Burlington Northern Santa Fe (BNSF) railroad.  At the time, Wall Street was really puzzled why Buffet would invest so much money in a railroad.

In our commentary, Supply Chain Matters viewed the supply chain headline of this acquisition as Buffet’s huge bet on the economic future of the United States and consequent needs for more efficient transportation

infrastructure.  In the case of a major U.S. railroad, it was the reality that the compelling forces leading to the eventual return of high fossil-fuel prices, coupled with alternative energy realities, will make rail the most efficient alternative for moving goods across the country, and that BNSF is in a great position to leverage these economic forces.  BNSF was also strategically positioned to leverage west to east transportation needs in inter-modal ocean containers as well as other commodities.

Over three years later, the motivations and business results from that acquisition are becoming ever more visible.  This week, an article published by Bloomberg News indicates that the BNSF will boost crude-oil shipments by 40 percent in 2013, by investing “a couple hundred million dollars” on capital improvements.  The BNSF is positioning to take advantage of the booming new reserves of crude oil being harvested from the Bakken formation in North Dakota and Montana.  That formation along with other newly discovered sources are positioning the U.S. to be the biggest global producer of crude by 2020.  In the Bloomberg article, BNSF CEO Matt Rose is quoted: “We’re the 1,000-pound gorilla in the oil markets”. From a business perspective, taking maximum advantage of the void in moving crude by rail from the Bakken to Gulf coast refineries also offsets BNSF business decline in previously moving coal, which fell 6.2 percent in 2012.  BNSF has also experienced a 26 percent increase in moving chemical carloads, which is another byproduct of the new crude oil discoveries. According to Bloomberg, the railroad is in talks with other railroads Norfolk Southern and CSX to move crude to east coast customers, including the Trainer Pennsylvania oil refinery owned by Delta Airlines.

Once more, there is more unfolding regarding Buffet’s investment strategies in U.S. transportation infrastructure.  Union Tank Car Co. is Another Berkshire investment and that firm is operating at full capacity to produce the needed tank cars to transport this crude.  We read recently that the tank car industry in the U.S. has order backlog in the thousands.

This author does not own Berkshire Hathaway stock but we sure do wish we could have afforded to do so back in 2009.  A strategic investment in the U.S. transportation infrastructure is paying enormous business dividends for years to come. 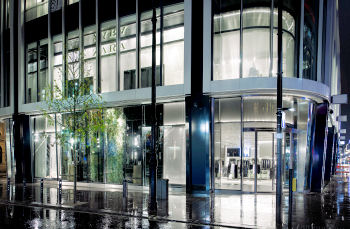