Validation of Continued Abuse of Shippers by the Ocean Container Industry

Throughout 2012, we posted multiple rants concerning the ocean container shipping industry, its arrogance in taking a one-sided parochial view of customer value, and on its general abuse of the tenets of industry capacity vs. demand.  Readers can track our rants by accessing this previous posting in August of 2012.

To validate how visible this situation has become for global supply chain teams, and that we are not the only outlet to call it for what it is, readers should reference this week’s posting by Robert Bowman on SupplyChain Brain, Economics 101: Did Ocean Carriers Miss the Lecture?.

The opening paragraph of this commentary clearly states the obvious:

“Judging from their actions, ocean carriers would love to toss out those irritating economics textbooks, with their tedious lessons about supply and demand. Too much capacity? No pricing discipline? Sluggish volume growth? Forget about it. Why should any of that prevent them from raising freight rates?”

Bowman highlights how ocean container carriers continue to defy market dynamics on a short-term basis by artificially removing capacity, slowing down vessels, and then raising rates to trump-up hemorrhaging balance sheets. The commentary also poses the question as to whether these same carriers can carry their parochial sense of urgency into 2013., especially with new and larger capacity mega-ships scheduled to continue to assume service later this year and next year as well.  This commentary also brings out a stark reality, in spite of the most optimistic forecasts of Trans-Pacific shipment volumes for 2012, the actual volume increase was a mere 0.3 percent. That is the clear sign that continued economic challenges in the global economy, a battered consumer and the resurgence of near-shoring of manufacturing are making their mark in global trade.

This month, a series of ocean container rate increases is scheduled to go into effect to continue to compensate for overcapacity.  According to Bloomberg, industry leader Maersk Line alone cut overall capacity on its Asia to Europe route by roughly 21 percent in 2012. It was also disappointing to also notice another article this week, indicating that Maersk Line will now stop Asia to U.S. east coast service via the Panama Canal in favor of routing its larger ships through the Suez Canal to reach the U.S. east coast from Asia.

Thus despite industry attempts to trump-up rates, the realities of a slowdown in global shipping and continued overcapacity are stark, and as the expression goes, “the emperor has little clothes”.  Something has to give, eventually.

These conditions are further motivating small and medium sized suppliers and product producers to rely more on third party logistics and service providers for consolidating shipment volumes and to broker their buying power for more reasonable rates, causing yet another set of market dynamics.

Ocean container lines tout their presence as the facilitators of global commerce. If these carriers do not soon deal with the realities of global supply chains they may well find themselves as once again, facilitating major asset disposal sales.

The voices are growing. 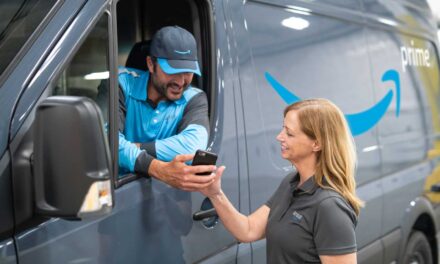