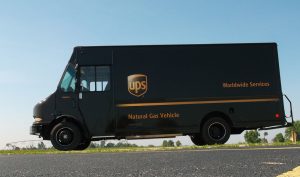 The headlines included a 5.5 percent increase in top-line revenues yet falling profit margins for the global parcel delivery firm. While revenues grew 5.5 percent, the transportation firm reported a loss of $239 million compared to $1.33 billion in profitability in the year-prior quarter. Total operating profit climbed more than 13 percent to over $700 million but during the quarter, UPS recorded a non-cash after-tax mark-to-market pension charge of $1.7 billion.

During Q4, UPS delivered more than 712 million packages globally, a 16 percent increase over the same period last year. The record volume was reportedly driven by strong and steady e-commerce demand throughout the period. B2C shipments grew at 11.5 percent in the quarter. Despite completing nearly 200 facility projects and announcing 7 million square feet of new capacity during the year, volume levels obviously taxed the overall network. Average delivery stops reportedly increased 4.6 percent and average daily volume was up 5 percent. The carrier’s ORION delivery management system managed to hold daily package miles to only a 0.3 percent increase, a testament to technology’s contribution to the bottom line.

Management indicated that the expansion of e-commerce is expected to continue, with another year of double-digit growth.

Since UPS and FedEx are often viewed as the bellwether of the economy as well as the trending of logistics and transportation it is important to dwell on management’s observations regarding the latest holiday fulfillment quarter.

In the case of UPS, the takeaway from our lens, are twofold. First, as noted in our 2017 predictions, the tide for more consumers to opt toward online buying continues but the implications for increased parcel volumes and logistics costs continue evident as well. UPS indicated that 55 percent of shipments handled in Q4 involved deliveries to residential addresses. That number peaked to 63 percent in December, a month that included its usual share of winter weather disruptions. As a result, the global parcel carrier has now announced plans to invest another $4 billion, a 33 percent increase from 2016, in increased automation. UPS CEO David Abney indicated to analysts: “If this quarter taught us anything, we’ve got to quicken the pace.”

The other takeaway reflects on top-line revenue growth. Despite significant rate increases in both 2015 and 2016, UPS’s cost structure continued to increase. Having one of the more automated and technology savvy transportation providers experience such cost pressures is a further indication, from our lens, for the potential for increased rates and surcharges for large or smaller volumes shippers in the months to come. Such increases will likely also target peak shipment periods that adds to network stress. A hint to that possibility was a further statement from Abney: “We have put more emphasis on making sure that we pass on to our customers the increase in costs that e-commerce deliveries can bring.” Further added was a comment that actions from larger shippers relative to rate increases have not reflected the usual pushback garnered in any year of rate negotiations. We imply the latter to indicate that online consumers paying for shipping charges are likely to be the biggest target of rate increases in the coming months, especially during peak customer fulfillment periods.

With every passing quarter, the implications of online and Omni-channel commerce from operational and cost perspectives continue to become more visible, and so are the realities for supply chain team efforts at responding to such needs.

Report of Panic Among Some Amazon Suppliers

Idle Ships- Good for Shippers But Not So Good for Recovery