In October of last year, Supply Chain Matters published a blog commentary: Good and Not So Good News When All Eyes Are Focused on Your Supply Chain. Our commentary focused on ongoing developments involving certain commercial aircraft and aerospace industry supply chains, and specifically aircraft engine manufacturer Pratt & Whitney. We committed to our readers to follow through on this stream of ongoing developments to provide added insights and learning. This week, Pratt parent United Technologies briefed analysts and shareholders on Q4 and 2016 performance and there were even more nuggets of information and learning. Once again, we alert readers to the overall length of this particular commentary, but we want to make sure that full context is presented.

The commercial aircraft industry remains challenged by conflicting goals. They include the ability to more rapidly scale-up overall aircraft production levels. However, that sometimes conflicts with the industry dynamics of OEM dominants Airbus and Boeing in their respective desires to deliver higher margins, profitability, and more timely shareholder returns.

Smack in the middle of these dynamics are relationships among suppliers, who need to continue to invest in higher capacity, process innovation and capability, but of-late have had to respond to key customer requirements for larger cost and productivity savings. We will have more to state on this dynamic when we get to our 2017 Prediction deep-dive on unique industry-specific challenges for the coming year.

In response for airline industry needs for more fuel-efficient and more reliable aircraft, Pratt has designed and introduced a revolutionary new geared-turbofan (GTF) aircraft engine.  However, a series of supply chain glitches and volume production ramp-up challenges directly impacted the aircraft delivery production plans of both Airbus and Bombardier in 2016, causing both final manufacturers to now incur some financial and airline customer consequences of delayed deliveries and unfinished aircraft waiting for the inevitable broken-link in the supply chain. The most visible broken link was Pratt. There are others as well, such as interior seats for new wide-body aircraft, but in this new world of ubiquitous visibility, any one supplier can bear the brunt.

In September, UTC, the parent to Pratt, and specifically CEO Gregory Hayes, warned the conglomerate’s investment community that Pratt will likely miss its 2016 customer engine delivery goals by 25 percent, amounting to a shortfall of 50 engines for aircraft manufacturers.  Haynes acknowledged the obvious in that Pratt’s airline customers were not happy with the news.  Neither were UTC stockholders who initiated an immediate 2 percent sell-off in the company’s stock. During that time, Haynes briefed analysts and investors on many of the operational details of Pratt’s supply chain challenges which was an obvious indication of high levels of visibility and detailed briefings that the CEO was obtaining.

Also at that time, Hayes indicated that of the approximately 800 parts for the high-level bill of material for the new GTF Pratt engine, five parts were causing the most pain due to supplier challenges in meeting Pratt’s volume production and quality needs. One critical problem was the heart of this new engine, its newly designed aluminum titanium composite fan blade, noted as a breakthrough in material design and expected performance. Initial production yield problems of the fans had averaged an unacceptable 20 percent.

To help our readers follow developments, we reviewed the entire transcript of UTC’s senior management briefing to equity analysts and shareholders regarding Q3-2016 financial and operational performance delivered in October. It seemed obvious to this author, that the bulk of the attention of senior management, and the questions of equity analysts, were centered squarely on Pratt and its supply chain, hence the title of this commentary stream. Regarding Pratt’s delivery challenges, Mr. Hayes emphatically stated: “It’s going to get fixed and it’s going to be fixed this quarter.” He later stated that UTC senior management follows Pratt developments daily, and that four separate initiatives are simultaneously underway related to process and yield improvements, lead-time reductions and additional added capacity. The Pratt operational and supply chain details continued through most of the management briefing, and even more as individual equity analyst’s questions honed-in specifically on more of Pratt and its supply chain challenges.

We can now update this Supply Chain Matters commentary stream with some highlights of this week’s Q4 2016 and year-end investor briefing.

CEO Hayes declared a solid year for UTC in terms of business and financial results. He praised the Pratt division on GTF accomplishments and reiterated that this engine is now powering 46 in-service Airbus A320 neo’s with more than 82,000 operational hours.

For the year, Pratt delivered a total of 138 GTF engines, 62 of which were in the final Q4 quarter. Moving to the question and answer period with equity analysts, we noted seven specific questions related to Pratt, the GTF engine, and the Pratt supply chain. Among the more detailed information that was shared in executive responses:

We have highlighted the above year-end UTC briefing summary statements to provide our readers reinforcement as to how visible supply chain challenges can become in today’s world of ubiquitous information and especially on how investors and equity analysts can now hone-in on supply chain vulnerabilities. The supply chain indeed matters, and investors are becoming more well informed to this tenet.

We expect many Supply Chain Matters readers to have added impressions or feelings regarding UTC’s latest supply chain related disclosures. Questions such as whether Pratt teams were aware of combustor or oil seal issues earlier in the program or whether pressures to meet first and subsequent customer ship milestones were overriding.  There may be other questions related to multi-tiered supply chain visibility or early-warning from suppliers. That is not for this specific commentary to address. Certainly not without speaking to those with knowledge.

As noted in October, operations and supply chain executives reviewing this information may identify very discernable symptoms of the interrelationships of product design and management, supply chain sourcing and volume ramp-up planning. This is where the learning comes in.

The looking glass of visibility is very high, and the expectations for enhanced supply chain performance is similarly very high. That is indeed the good and not so good news contrast of today’s industry supply chains. 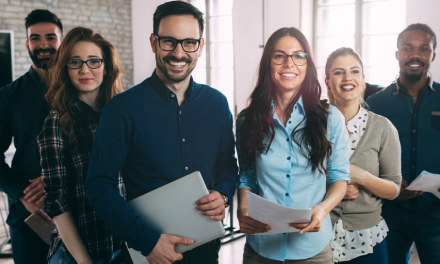 Availability of Part Two Research Report- Your Workforce: The Most Critical Link in Supply Chain Capability