The Aerospace Industry and its associated industry supply chain ecosystems are abuzz with this week’s official announcement of United Technologies (UTC) intent to acquire Rockwell Collins for $23 billion in equity and $7 million in assumed debt. The headline byline among many business and industry media reports the announcement as the largest acquisition deal in aerospace industry along with the eventual creation of an unparalleled industry supplier. 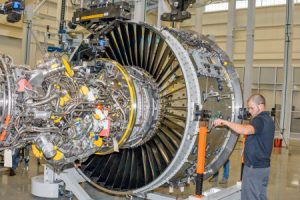 The Wall Street Journal notes that the deal “promises to reshape the market for aerospace parts” while Aviation Week & Space Technology indicates the deal will create “a super-Tier One provider, dominating the Western aerospace supply chain from engines to cockpits and everything in-between.” Both statements are from our Supply Chain Matters view, an understatement.

UTC, best known as a supplier of Pratt & Whitney jet engines and aircraft components such as UTC Aerospace Systems landing gear and wheels, now inherits cockpit displays, avionics, communication systems and cabin interiors. Interesting enough, in April, Rockwell closed on its acquisition of B/E Aerospace for $6 billion. According to reports, Rockwell and UTC Aerospace Systems will merge to create Collins Aerospace Systems. The WSJ cites sources indicating that eventually, UTC will divest of its other non-aerospace businesses such as Carrier HVAC systems, Otis Elevator, or its home security business unit.

A further area of concern will be added debt burden assumed by UTC with this acquisition. Reports indicate that UTC will borrow an additional $15 billion in-addition to assuming the $7 billion debt of Rockwell.

In the specific area of airplane seating, jet-engine maker Safran SA‘s has a pending $7.7-billion deal to buy seat maker Zodiac Aerospace, marking the rise of a second engines-to-seating supplier that OEM’s must now contract with. Safran has further indicated would look at assets that might come up for sale after the United Tech-Rockwell deal.

Industry dominants Airbus and Boeing have already begun to weigh-in on the proposed deal, each indicating they intend to protect certain interests. Airbus has pointed ongoing concerns regarding the operational performance and ongoing delivery performance of Pratt’s new geared-turbo-fan (GTF) engines which are impacting current production milestones of the new Airbus A320 neo aircraft.  Airbus’s concerns reflect on the merger providing a distraction toward ongoing needs to ramp production and delivery of GTF engines. Boeing’s concerns likely focus on two areas, the increased leverage of UTC in supplier pricing negotiations, and Boeing’s ongoing efforts to ramp-up the company’s own aftermarket Service Management business supplying services and parts to installed based airline customers.

As we have noted in prior commentaries, service management and aftermarket parts distribution provides higher margins and longer revenue lifespan cycles for suppliers, and indeed provide a new area of potential friction and ongoing conflict. With the coming of Internet of Things enabled service management, an area of friction will be which entity has the control of the actual operating performance data of operating equipment. Thus, a trend toward consolidation of supplier power now paces OEM’s on a direct collision course for the control of incremental revenues, data, and information.

Multiple years of built-up order backlogs for new aircraft provide opportunity as well as areas of potential stakeholder conflict. Up to now, individual OEM’s had the leverage to demand added efficiencies and price cuts from suppliers for the promise of added volumes.  Now, industry dynamics are about to change as evolving supplier consortiums add a counter force in product design collaboration, volume pricing and other supply matters, including the aftermarket.