The Supply Chain Matters blog provides an added update relative to political efforts underway to shift production of deemed essential pharmaceuticals and medicines back to the United States.

In an April 2020 editorial focused commentary, we continued to state our belief that global and domestic healthcare supply chains are the critical link in both COVID-19 containment and treatment, as well as more-timely and effective response to any future health crisis. 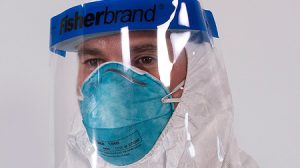 We expressed the view that the overall industry must address:

An urgency for private and public sector supply chain stakeholders to come together and collaborate on a strategy for pandemic response that relies on wider end-to-end supply chain visibility, joint collaboration, and greater leveraging of digital enabled technologies across product demand and supply networks. While a pandemic occurs infrequently, when it does occur, the need is analogous to a war time marshalling of resources and supply response. Application of digital based technologies are a new tool for leveraging a response as well as managing exceptional needs.

What we did not clearly state was that smack at the building height of the U.S. Presidential election may not be the ideal time to insure a bi-partisan plan of action.

Our April commentary further stated our belief that:

Healthcare industry participants need to come to terms with the reality that either all players collectively come together and transform to digitally enabled response networks, or governments will set that agenda and timetable based on the power of nationwide safety of citizens. Industry and government collaboration has tended toward glacial progress, especially with mandates. COVID-19 is a wake-up call to non-readiness, and that mandates should not be continuously negotiable. Either the industry addresses its challenges, or the change is directed by external forces.

For the United States, those external forces came to light last week with an Executive Order penned by President Trump directed at increasing the production of deemed essential medicines, medical equipment and protective materials utilized in the U.S.

According to various media reports, the order includes a “buy American” provision for U.S. government procurement agencies in procurement of said materials. The order would further establish demand for investment in respective domestic based manufacturing processes.

In its reporting, The Washington Post indicated that the lobbying group representing branded pharmaceutical producers, the Pharmaceutical Research and Manufacturers of America, and the group representing generic drug producers, the Association of Accessible Medicines, exhibited different responses to the order, the former expressing concerns, the latter more supportive.

The group representing generic drug producers reportedly seeks assurances that government agencies ensure that the additional costs for producing domestically are taken into account, along with concerns that supply chains are not further disrupted by such moves.  The group representing branded producers points to major long-term supply chain disruptions, including shortages. PhRMA CEO Stephen Ubl told The Washington Post: “Rather than government mandates, we should look for policies that enable more domestic manufacturing without putting the stability of the supply chain as risk.”

At the center of this executive order is White House Trade Advisor Peter Navarro who reportedly told the Post in April that: “it’s not the companies calling the shots, it’s the countries.”

Leading up to this Executive Order was an announcement indicating that digital imaging tech provider Eastman Kodak had acquired a $765 million dollar government agency loan to reportedly jump-start production of drug Active Pharmaceutical Ingredient (API) compounds within the United States. Today, the bulk of the global supply of API is from China and India. The Kodak announcement drew immediate scrutiny by U.S. lawmakers given the company’s lack of a discernible track record in pharmaceutical API manufacturing. With the company’s stock immediately rising from $2 to over $60, Kodak has since announced an internal review regarding the announcement. The Wall Street Journal reported last week that the U.S. Securities and Exchange Commission (SEC) is now conducting its own investigation and that the loan is on hold.

A rather critical and important supply chain strategy has been thrust into the political spectrum of an election. Instead of a Presidential Commission made up of industry, political,supply chain and academic experts tasked with concrete proposals for transforming the industry, the process seems to now be executive decree.

One again, we do not profess to be a political focused blog. Instead, we will focus on our technology and business process chops to again urge industry players to come together and address this challenge for all nations.

Surely with all of the intellectual capacity, resourcefulness and innovation that resides across the globe, which we have observed during this pandemic, a strategy can be developed to balance domestic and global production needs for deemed essential healthcare support in times of urgent and increased need.

Let’s move the politicians and lobbyists aside and please, get to the task at hand, least we wait another decade.