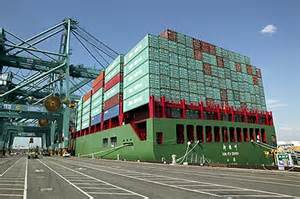 Both sides pointed to the labor contract extension as an effort to avoid crippling cargo delays that impacted U.S. West Coast ports in 2014 and early 2015. One could well argue that this move was one to regain the competitive positioning of West Coast ports as the preferable ports of entry for goods originating from Asia.

The current labor agreement among many U.S. East Coast ports is set to expire about a year from today, in September of 2018. Contract renewal discussions began months ago but have yet to produce anything near an agreement.

The open question for multi-industry shippers is whether to plan for alternative continency port routings in 2018, given the prospects for contract renewal negotiations leading to some labor stoppage. Another new development has been the new capacity and routing plans implemented by the ocean line carrier networks that favor a pooling of larger capacity vessels that thus far, limit port calls on the East Coast.

For the time being, supply chain and transportation teams will be more occupied with planning related to the second-half of this year, including the upcoming holiday fulfillment period. But, come later this year and early in 2018, evaluations and decisions will have to be made regarding contingency planning for ocean container transport.

The best outcome is for those involved in East Coast port labor contract negotiations is to dedicate the remainder of this year toward resolving major bargaining issues. Obviously, there is a lot at-stake in terms of which coast assumes the bulk of import and export traffic.

Drones Over the Golf Course Deliver Your Favorite Food Items