This week has featured some significant news that has direct and consequential impact to industry supply chains over the coming decade and beyond.

In our prior Supply Chain Matters blog posting, we focused on the sobering report from the United Nations IPCC that provided stark conclusions on the state of our planet, and on a code red alert for humanity. That led us to conclude that supply chain sustainability initiatives are now even more business critical and will likely take up added attention and leadership from senior supply chain management leaders.

This week additionally provided news of the United States Senate passing legislation calling for upwards of $1 trillion in multiple investments in infrastructure improvement projects, billed by The Wall Street Journal as the most substantial federal investment in roads, bridges and rail in decades. Once more, the bill included bipartisan support passing in a 69-30 vote in an environment that has featured political gridlock for several years, and particularly on passing a comprehensive investment in badly needed infrastructure. In turns out that investing in more modern and improved infrastructure garners voter support on either side of the political spectrum. The legislation further includes climate-change related actions which are also far overdue.

Included in the highlights of the Senate’s legislation are investments in the following:

The Senate legislation now moves to the House of Representatives where Democrats have insisted that this legislation be linked to the passage of a $3.5 trillion social infrastructure, antipoverty and climate change mitigation initiative. This negotiation is expected to be troublesome and could drag on as both political parties maneuver around mid-term election talking points. The one overriding benefit of the physical infrastructure legislation is that the effort has produced a groundswell of vocal support from businesses, labor groups and industry associations including many directly related to supply chain transportation and logistics services.

From our lens, U.S. infrastructure investments are long overdue, and the timing is ideal to incorporate climate change mitigation as well as reduced reliance on fossil fuels over the coming decade. The severe winter weather that impacted large portions of the electrical grid across Texas this winter was ample evidence for the need of supplemental investment with severe climate events as an assumption. More frequent occurrences of tornado’s, destructive hurricanes and flooding are a further wake-up call for action.

The one uncertainty to the Senate legislation is that it calls for individual U.S. States to determine where specific investments ill be undertaken, or what bridge and highway improvements have the most priority. That might be fine if there is overall guidance and coordination at the Federal level insuring that one state’s priorities do not conflict with others. We sense the U.S. Department of Transportation and other federal agencies will be rather busy in these efforts once the final legislation is passed.

There is little secret that the U.S. has fallen behind other nations and geographic regions in modernization of nationwide transportation and logistics infrastructure and in taking bolder actions in mitigating carbon and greenhouse gas emissions. Manufacturers, retailers, wholesalers and services providers throughout the country should experience measurable benefits from such legislation if managed smartly and expeditiously.

Supply Chain Matters adds its voice for speedy final approval of the U.S. infrastructure legislation and for insightful implementation.

The Political Dimension of Supply Chain Disruption and Risk

Commentary on the State of U.S. Logistics- Part Two

A Response to China’s Second Mice 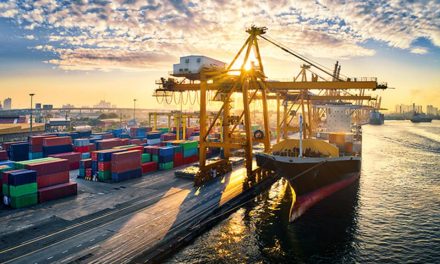 The State of Logistics: Change of Plan or Change of Thinking?