Yesterday, the Trump Administration, as part of its America First initiative, elected to slap deep tariffs on the imports of both solar panels and washing machines coming into the United States primarily from Asian manufacturers. The action was part of 1974 trade law that permits companies to seek relief if they can justify serious injury as a result of unfair competition. Needless to state, the implications of this week’s tariff actions are far reaching for international supply sourcing and management strategies for industry supply chains. 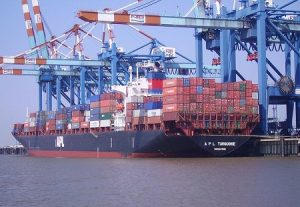 The prime petitioner for washing machine trade sanctions is identified as U.S. based Whirlpool Corporation, a manufacturer that has long cited unfair foreign competition. Interesting enough, the two prime competitors to Whirlpool, South Korea based LG Electronics and Samsung are both planning for manufacturing presence in the United States.

In the case of imported solar panels and cells, tariffs would be as high as 30 percent and phase-out over a specified time window. Reports indicate that the first 2.5 gigawatts of cells imported annually would be exempt from the tariff. Prime petitioners for solar panel tariffs were identified as two foreign based companies: Suniva Inc., a subsidiary of a Chinese manufacturer, and SolarWorld America, a division of a German based manufacturer, both operating in the U.S. The reality in solar panel supply is that the bulk of U.S. domestic manufacturers have been driven out of the market due to competition from China based suppliers. Thus, the bulk of inbound supply is dependent on China based manufacturers. That is likely to have a negative effect on the overall pricing of solar power installations across the U.S., defeating efforts for more use of alternative energy sources.

The last time a U.S. President invoked trade tariff sanctions based on a corporate petitioner was during the Bush Administration in 2002 when trade sanctions were imposed on imported steel. That action was subsequently overturned by the World Trade Organization (WTO) in a trade court ruling. This week’s actions will more than likely be appealed to the WTO which as a body has frowned on unilateral trade actions by a particular nation. Trump Administration trade officials have openly questioned the viability of the WTO, thus setting the potential stage for broader global trade tensions.

According to business media reporting, other U.S. based companies plan to petition for industry trade sanctions.  As we have highlighted in both prior Supply Chain Matters blog commentaries and in our 2018 Prediction, the Trump Administration is also building a case for slapping trade sanctions on imported steel and aluminum, with a ruling expected in April. The latter obviously has far-reaching effects on multiple industry supply chains that source metal products on a global basis.

There is also the specter of retaliatory tariffs being initiated by the likes of China, Mexico and South Korea on components and finished products that are produced in the United States. An “America First” policy to boost U.S. manufacturing and job creation via retaliatory trade sanctions can indeed backfire when U.S. produced products become far more-costly for U.S. and foreign based customers.

Indeed, the takeaway from this week’s trade actions by the United States is the potential trip wire of cascading retaliatory actions that can impact existing industry supply chain sourcing and manufacturing strategies.  Senior supply chain and procurement executives who have not done so already, will need to seriously contemplate the active presence of international sourcing and supply management competency to assess the potential economic and product margin impacts of a rather fluid and changing global trade landscape. The implications of current or potential future sanctions are not trivial for impacts on bottom-line results, and further developments are sure to occupy many a strategic supply chain strategy discussion.

Consistency in Strategy and Investment in Value-Chain: More Current Reminders