Toys ‘R’ Us Liquidation- Another Painful Lesson for Suppliers

The announced bankruptcy of toy retailer Toys ‘R’ Us has taken the retail industry aback from many different implications both retail and supply chain related. Perhaps the most troubling relates to supplier inventory policies, which will have more pronounced longer-term inferences for suppliers large and small.

The retailer had filed for bankruptcy in September of last year, just prior to the all-important and critical 2017 holiday fulfillment quarter. The filing proposed a $3.1 billion bankruptcy loan to keep retail and online outlets operating while enticing suppliers to provide needed holiday focused inventory to sustain retail sales.  Suppliers were reportedly assuring that they would ultimately be paid.

Toys ‘R” Us being a specialty toy related retailer, many suppliers large and small, relied on the retailer as an important outlet for holiday sales. Three of the largest and most important suppliers were Hasbro, Lego, and Mattel.  These suppliers received some payments derived from the bankruptcy loan, but not full payment.

At the conclusion of the holiday quarter, the retailer reported what was widely labeled as some of the poorest quarterly earnings in recent years, far below performance metrics stipulated by its prior bankruptcy loan. That led to default in January, and a decision to liquidate the retail chain for both U.S. and Canadian operations. This development opened a myriad of questions from employees as well as suppliers as to the pecking order to be paid for past services.

When attorneys for the retailer appeared in bankruptcy court in mid-March, concerns were already raised regarding how suppliers. Industry watchers expressed concerns that some smaller suppliers could face bankruptcy as-well, either from the disappearance of Toys ‘R” Us as a major outlet of goods and being paid and not be paid for inventory shipped.

This week, a published report from Reuters indicates that upwards of $156 million is being set aside to pay suppliers for toys and merchandise shipped. However, according to various lawyers, total trade claims now amount to an estimated $760 million. According to this week’s report, many suppliers remained of the belief that they would be paid for shipments made after the September bankruptcy filing. Some suppliers reportedly are already feeling the financial impacts ad have begun shedding employees.

The problem appears that the wind-down budget has provisions for paying all the lawyers as well as well as other outstanding debt that likely includes that from private-equity owners.

Supply Chain Matters has previously brought to light recent retail industry practices that appear to position suppliers as a source of working capital leverage, which includes a structuring of debt agreements where supplier have a lower pecking order of payment.

In March of 2016, we highlighted what we termed as a disturbing twist to consignment inventory management practices by the now defunct Sports Authority retail chain. As is a common practice in retail supply chains, suppliers had consigned inventory to this sporting goods retail chain, expecting payment when the goods were sold to consumers. The retail chain subsequently filed lawsuits with more than 160 of these suppliers challenging supplier claims to that inventory. Lawyers in-essence were testing defects in existing inventory consignment agreements, invoking what they believed were unique powers defined under bankruptcy laws.

National retail chain Sears Holdings, operator of Sears and K-Mart retail outlets, has for many months, pleaded with suppliers to continue shipping inventory in-spite of many subsequent quarters of red-ink. In the case of Sears, reports indicate that suppliers have been more stringent on terms, many seeking up-front cash payments. This week, the private equity owner of Sears Holdings has now declared that it wants to sell even more assets to keep retail operations ongoing. The open question is how many suppliers will remain to provide inventory.

The age-old adage remains that long-term success is built on two-way, win-win relationships. An I win-you lose relationships helps lawyers to stay gainfully engaged and your supply chain to be in constant jeopardy. When times are good, such strategies can yield some benefits. When times are challenged, such as the 2008-2009 global recession, they often lead to massive supply disruptions or calls for mutual sacrifice from suppliers.

Supply Chain Matters is of the view that when the dust settles in the Toys ‘R” Us liquidation, and the ultimately fate of Sears as a retail destination is played-out, suppliers will no longer be willing to be lenient on inventory consignment and payment terms.

The ultimate fallout of smaller suppliers that suffer financial peril because they did not have the leverage to push back on terms will send yet another wake-up call to multi-industry supplier teams. Too many retailers with private equity linkages have practiced win-win financial practices that favor vested interests, and the implications of such strategies are more acutely evident.

A retailer is not a retailer without access to inventory. In the new online economy, inventory stocking must be far more dynamic with the ability and flexibility to support multiple assortments of products and channels of fulfillment. Practices that turn to suppliers to hold the bulk of the financial burden of inventory are likely to be resisted without detailed contract terms and due compensation for risk. Only the largest suppliers will have the leverage to do so and should extract additional terms for more timely payments and contract protections.

The notions of working capital experts leveraging suppliers for added cash preservation have likely run into a new reality. In the end, this is a game of last firm standing, the retailer or supplier which has the most influence coupled with a culture that values win-win collaboration. 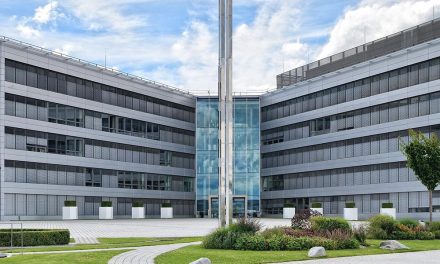 Report That Apple Has Scaled Back Component Orders for iPhones