President Donald Trump visits Wisconsin today to participate in the groundbreaking ceremony for Foxconn’s prior announced investment in a $10 billion electronics manufacturing facility in southwest Wisconsin.
Today’s ceremony comes with a number of undertones.
The first is that this new facility, when completed, will serve as the initial cornerstone of the Trump Administration’s Make America Great policies, in essence establishing what could be a significant consumer electronics supply chain presence in the U.S.. 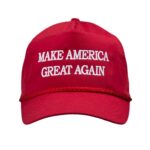 Second are concerns relative to the dollar amount of government incentives that were required to attract this investment to the State of Wisconsin. The state itself committed to a total of $3 billion in tax, workforce, and worker training incentives. In addition, local and county governments had to agree to upwards of an additional $1 billion in incentive investments to improve state and local highway access to the new facility. According to a published report by The Wall Street Journal, an independent state fiscal analysis determined that Wisconsin taxpayers would recoup the state’s incentive investments in the 2042-43 fiscal year- a 25-year return on investment. That number has led to ongoing political discourse among internal state Democrats and Republicans as to whether the state will ever reap the benefits of the plant’s presence.
Third is the backdrop of this week’s widely reported announcement from motorcycle manufacturing icon Harley Davidson that the company has no choice but to move some regional manufacturing to both Asia and the European Union locations as a result of the current trade tensions brought about by the Trump Administration’s aggressive tariff actions. The Harley Wisconsin manufacturing facility is just 10 miles up the road from Foxconn’s proposed new production facility.  With the currently announced tariffs on imported steel and aluminum, Harley’s manufacturing costs in the U.S. could rise as much a reported $20 million this year. With the European Union‘s announced counter 31 percent tariff on imported motorcycles from the U.S., Harley bikes exported to Europe would cost, on-average, an additional $2200. Hence Harley, like many other U.S. manufacturers, have had a good portion of current sales growth coming from export vs. the U.S. domestic market. The President wasted little time in trashing Harley executives on Twitter, threatening added taxation and calling the sourcing decision premature.
Yet, it is becoming rather evident that Trump Administration officials seem to lack detailed knowledge on the current materials flows and interdependencies of globally-based, interconnected supply chains. This week alone, financial and business media have echoed reports from Cummins and General Electric, both of which experience inbound product value-chain components originating from manufacturing regions such as China.
Finally, there is the backdrop on the escalating trade tensions among the U.S. and China which Foxconn’s Chairman Terry Gau is very wise to. As we noted in our prior blog on Foxconn’s announcement equity investment in Vizio, Gau recently communicated to his investors that that structural changes in China’s economy and the building threat of retaliations among China and the U.S. over intellectual property rights and protection is not really a trade war, but a technology and manufacturing capability war. According to a report from The Street.com: “Gau’s comments suggests companies in the global tech supply chain are starting to prepare for disruptions linked to ongoing trade rhetoric between Washington and Beijing, …..”
This week, Chinese President Xi Jinping told a meeting of invited U.S. and European chief executives that China will strike back assertively to the current Trump Administration’s trade and IP actions. That implies a potential response beyond import tariffs. While China needs access to more advanced technology, it does possess high tech manufacturing volume production capabilities. That could place Foxconn in a rather difficult quandary over the coming months.  The need to satisfy needs of U.S. consumer electronics customers for the latest and greatest screen technology, with the backdrop of potentially increasing pressures  placed on Taiwanese based tech firms to not share advanced manufacturing process technology in the U.S.
Nothing seems certain in today’s global supply chain landscape, and that is going to make supply chain leaders and their sourcing and procurement teams rather concerned for many months to-come.