Thud Across the U.S. Trucking Industry- The Declared Bankruptcy of Celadon Group

Earlier this week there was a significant thud that echoed across the U.S. trucking industry with the untimely announcement that nationwide carrier Celadon Group was forced to file for bankruptcy and cease operations. The one exception is this carrier’s North Carolina based Taylor Express business which is expected to continue operations while a new buyer is found. 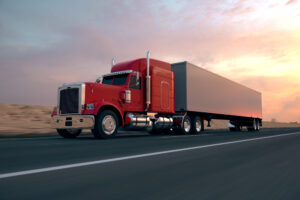 This Indianapolis-based carrier has been described as one of the largest full truckload firms, reporting upwards of $762 million in revenues in 2018, and serving customers such as Honda Motor, Lowes Home Improvement, Proctor & Gamble, Walmart, among others.

The Wall Street Journal reported that the company had a fleet of some 3000 trucks, employed upwards of 3,800 employees, including approximately 2500 drivers. On the road drivers were told to deliver existing loads and await instructions as to where to drop-off their rigs. Drivers were to be provided bus transportation to return to their personal residences, while at the same time, grew concerned as to whether they would be paid for their services. Fuel charging cards were reportedly immediately suspended.

Multiple industry and business media reports reinforce that the Celadon development was essentially self-inflicted. None the less, the event adds to a year of multiple announcements of suspended operations.

The carrier was impacted by an accounting scandal that involved its truck leasing operations. According to the WSJ, the carrier has not filed audited financial statements since February of 2017 and has been working to restate several years of financial results. The company’s stock was de-listed in 2018 and a new CEO was brought in in August.

The carrier reportedly has $293 million in long-term liabilities contrasted with assets of $427 million as of the end of September. In April, the carrier agreed to pay a $42.2 million fine to settle fraud claims including misstatements to auditors.

This year’s reduced overall trucking market demand compounded with industry low freight rates obviously did not help in providing added time for Celadon to self-restructure. Business Insider reported this week that thus far, hundreds of U.S. trucking firms have folded resulting in thousands of truck drivers having lost their jobs the trucking  industry “bloodbath” continues. As our Ferrari Consulting and Research Group 2019 Prediction had foretold, the overall cutback in global manufacturing and supply chain activity levels indeed compounded with an infusion of added new truck capacity turned out to have the opposite effect than that of 2018 when trucking rates skyrocketed. Indeed, “bloodbath’ has been the industry operative word for 2019, when many consequent trucking company casualties.

Another cited industry disruptive factor has been the presence of Amazon Logistics, which has single-handedly influenced U.S. trucking rates to drop because of aggressive cost-reduction demands, or assumption of services previously contracted out to trucking firms. The February shutdown of LTL carrier New England Motor Freight was somewhat attributed to the online retailer’s decision to modify its logistics flows.

Because of the current market downturn, existing U.S. trucking firms will likely be able to adsorb the effects of the Celadon bankruptcy, but not without some short-term disruption. The Celadon bankruptcy and operations cessation coming just 10 days before the Christmas holiday could provide some added unexpected disruptions with stranded or mis-routed cargoes or disrupted production flows.

Looking forward to 2020, the U.S. trucking industry will more than likely face added challenges. While the excess market capacity picture might somewhat moderate, the open question is how long depressed rates will continue into the new year. There well may be other trucking firm casualties in the coming year.