The U.S. Postal Service Has Reached a Critical Crossroads

This week, the United States Postal Service (USPS) reported its financial performance for the latest quarter, and from our lens, there are distinct indications that the agency has reached a critical juncture in its ability to be a sustaining competitor and service provider to the world of online fulfillment. As the agency handles more and more package volumes, its transportation and operating costs have risen significantly. Readers, those residing in small and medium as well as large businesses, need to continue to be aware of the implications of this trend. 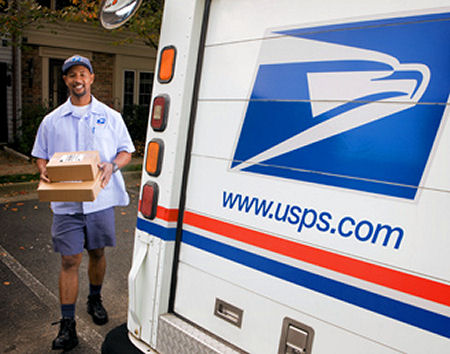 In September of 2014, Supply Chain Matters declared that the USPS had suddenly changed the industry dynamics of parcel shipping, online commerce and customer fulfillment.  The agency established a whole different dynamic for B2C/B2B online commerce by aggressively reducing parcel shipping rates and by declaring to online retailers and businesses that the USPS intended to be a parcel transportation and last-mile delivery partner in the ongoing explosion of online. Suddenly, e-retailers who wanted to maintain attractive free shipping options discovered a potential new alternative to control costs of such programs, and entities such as Amazon were quick to make leverage.  Both FedEx and UPS were not all that pleased with the pricing move and began logging protests claiming foul, even though both relied on the agency for completing more costly last-mile delivery needs.  However, both were forced to deal with a different competitive landscape in terms of rates and customer alternatives.

Then we viewed the evidence of the results from the all-important 2015 holiday fulfillment quarter, as the agency actually surpassed UPS in total delivered packages. USPS letter carriers delivered about 660 million packages, up from an initial anticipated volume of 600 million packages. UPS reportedly delivered 612 million packages as compared to its initial forecast of 630 million. The postal agency offered the equivalent of as many as 25,000 Sunday delivery routes, up from a normal 4000 pattern.  In essence, the USPS became the de-facto go-to carrier for Amazon’s needs for Sunday deliveries. Financially, the agency recorded its first quarterly profit since 2011, earning $307 million, a significant milestone.

In the latest June ending quarter, while total revenues increased 7 percent, the agency reported a controllable loss of $552 million compared with a year-earlier controllable loss of $197 million. Overall volumes were down slightly while package volumes increased 14 percent, an indication of offsetting declining volume in standard mail. The agency reports that it is now delivering to one million additional addresses across the U.S..

In the latest quarter, operating expenses increased 12 percent. The agency’s CFO indicated that transportation and compensation costs continue to rise despite strict cost controls, and according to The Wall Street Journal, the majority of compensation cost increases were related to the growth in package volumes.  Further noted was that transportation costs rose in part due to added air freight expenses to meet customer expectations.  According to a statement from the Postmaster General, while a recent package rate increase helped to boost revenues in that segment, it was not enough to offset rising costs. By the way, the principle air freight services provider to the agency is FedEx, who obviously benefitted from increased USPS package volumes.

From our lens, the USPS cannot continue to sustain its growth in package deliveries related to current and more expanded online commerce package volumes without investments in newer equipment, systems, and more flexible people resources. Most current delivery vans are over 20 years old and added package volumes are obviously taking a toll on these trucks. The agency is close to awarding contracts in evaluating new delivery van prototypes with larger cargo capacities while consuming less fuel, but the timetable obviously needs to accelerate.  Most of the agencies inter-city and cross-country surface delivery needs are established with external transportation firms or independent trucking contractors. As noted, air freight resources are contracted as well.

Scalability of this model does not equate to added efficiencies and cost control. As a government agency, beholden to the U.S. Congress, there are obvious political constraints.  Some in Congress want to be rid of direct government ownership yet many current and retired postal workers as well as associated contractors are voters who expect their interests to be considered. Add to this a heightened and highly partisan Presidential campaign environment and readers can get the picture.

The agency and its associated postal workforce have proven viability as an option in package delivery and last-mile fulfillment. The latest TV commercials depicting USPS vans branded with virtual retail branding has purposeful meaning for online consumers. But, the crossroads has been reached in terms of added scalability without losing additional monies.

It is time for the U.S. Congress to act.  Either allow the agency to manage, invest and compete as an alternative e-commerce delivery provider or take action on other options.

The analogy is perhaps a teenager that proves to his or her parents that they have finally grown-up and matured, and desire to launch on a chosen career, and seek the support to do so. So is the situation with the USPS and the Congress. The crossroads is at-hand.

In the meantime, businesses need to stay aware to the implications of these trends especially in the light of continual evidence indicating that supporting online customer fulfillment has become more expensive with every passing campaign.

Supply Chain Matters Guest Blog: Five Simple Steps to Make the Most of Your Supply Chain Data With PIM