A theme that permeates our 2018 industry-specific supply chain predictions is one of managing far more accelerated industry change which will continue to occupy the attention of senior supply chain, product management, procurement executives and associated management teams in 2018 and beyond.

Such dynamics is underway in automotive and truck industries as manufacturers position for the future need of electrical or hybrid-powered vehicles that include autonomous driving shared-ride, or fleet control services capabilities.

One example is Toyota which in an uncharacteristic move, has this week publicly announced its detailed strategy to become a higher-profiled participant and market leader in the development and sale of total electrically and hybrid powered vehicles globally. 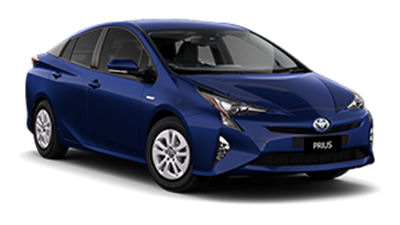 The plan includes an over $13 billion investment in electric-vehicle development through 2030 with half or more of such investment allocated toward advancing battery technology. The automaker also plans to globally introduce 10 additional electrically-powered models, amounting to an estimated 5.5 million electrically and hybrid powered vehicles by the early 2020’s.

One of the key aspects of this strategy is an announced stepped-up strategic alliance with battery supplier Panasonic including the forming of a joint-venture in Japan to produce batteries for both Toyota and other auto makers.  The selection of Panasonic is rather significant because that technology supplier is also a strategic partner to Tesla in the continued ramp-up of that auto and solar-powered equipment maker’s termed battery Gigafactory located in Nevada.

Other automakers such as General Motors, Nissan, Volkswagen, and others, have additionally declared bolder efforts in bolder electric car development. In the case of GM, plans call for the introduction of 20 electric models on a global basis by 2024. Added to this is the building market interest in electrically-powered trucks with established and newer start-up truck designers positioning for competitive leadership in the next decade. Tesla’s recent unveiling of its electrically-powered Class 8 truck incorporates a product value-chain sourcing strategy of shared components with its mass-market Model 3 sedan, which is a bold value-chain effort.

Here in is the classical product value-chain challenge, namely that batteries represent the most critical link in the product value-chain.  With so many auto, truck and even shared-ride and Internet services firms indicating intentions to jump into the electrically-powered vehicles, the open question is the long-term strategic supply of important metal commodities such as lithium, cobalt, copper, and other rare earth metals, as well as overall global battery production capacity availability to support such efforts in required time windows. Thus, the critical importance of having a strategic partnership in advanced battery technologies and production methods.

As Supply Chain Matters readers have likely garnered, the other geo-political aspect of what will likely occur in 2018 and beyond, is which global region will be positioned as the ultimate leadership epicenter in both the latest technologies and production economies. China continues efforts to be that epicenter while Tesla has placed its stake in the U.S. LG Chem, partner to GM and other auto and truck manufacturers, continues favor South Korea as an epicenter with other regions including the U.S.  as production centers. Global producer Volkswagen has yet to publicly disclose its strategic partner(s) in battery design and production.  This month’s Toyota announcement has the implication for Japan being an epicenter for advanced development.

Thus far, Panasonic stands to be a key beneficiary and catalyst in this overall product transformation but there are likely more strategic supplier developments to-come.

Thus, is yet another ongoing example of how the integration of production design, development and supply chain sourcing strategies continue to be the critical links for business strategy, transformation, and eventual disruption. Timely breakthrough innovation and value-chain time-to-market remain important differentiators.

Continued Good News Concerning U.S. Manufacturing Momentum- But Also A Cause for Concern

U.S. August PMI Activity Should Be of Some Concern