This is a follow-up commentary related to Tesla Motors, specifically this electric powered automotive manufacturer’s efforts in supply in deploying a broader supply chain vertical integration strategy. In our Supply Chain Matters commentary in February, we noted Tesla’s announcement to build its own $5 billion electric battery supply facility which is termed the “gigafactory”, capable of supplying up to 500,000 electric vehicles per year. That level of supply commitment exceeds Tesla’s current planned output and implies providing a U.S. based manufacturing presence for electric batteries that would be available to other automotive and vehicle producers.  Tesla currently supplies batteries for the ToyotaRAV4 EV and the Mercedes B-Class electric. 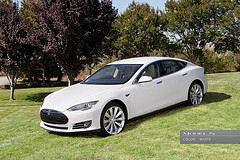 We noted that the strategy savvy, given that when one reflects on the entire value-chain and cost-of-goods sold (COGS) for an electric Tesla Motors Model S powered automobile, the batteries are indeed the highest portion of material cost. Tesla expects that the new factory would reduce its current battery costs by 30 percent in its first year,

In late July, during its second-quarter earnings report, Tesla executives made a side announcement indicating that the company had reached a final agreement with Panasonic Corp. as the supplier partner in the construction and operation of the planned gigafactory. Five western U.S. states continue to be cited as potential sites for either one or two linked supply facilities, although site work has actually begun in an area near Reno Nevada.  Other potential U.S. states in the running are Arizona, California, New Mexico and Texas. The western portion of the U.S. is an obvious choice because of its proximity to the supply of lithium carbonate, a key raw material for lithium-ion batteries.

Journalist Michelle Quinn pens in a report posted by the San Jose Mercury News that the potential for landing this new battery factory with upwards of 6500 manufacturing continues to fuel a massive wooing and lobbying effort among each of the potential states. State legislatures are rushing through incentive packages to sweeten prospects in their individual states and Governors and city mayors have resorted to novel efforts in demonstrating enthusiasm and keen interest. One example, Texas Governor Rick Perry drove a Tesla Model S to California and taunted California officials about the overwhelming advantages of locating manufacturing in the Lone Star State. Quinn describes these lobbying efforts as a ‘beauty pageant” and: “if a song and dance could help (California), let’s do it.”

Readers should recall that Boeing launched a nationwide RFP bidding effort among potential U.S. states for selection of component and final assembly facilities for its new announced 777x commercial aircraft program. In our January posting, Collaboration According to Boeing, we noted that Boeing’s ultimate objective was to secure the most lucrative economic incentives related to production sourcing.  Boeing was in-essence conducting a reverse auction, seeking the lowest economic bidder. In the end, a package of incentives described as the largest of its kind in U.S. history assured that new generation 777 production would remain in the OEM’s current Seattle area.

One of the learnings from the deep economic recession of 2008-2009 is that state, local and provincial governments will do all that is required to secure needed jobs and an economic future in times of uncertain economic growth.  If that requires massive incentives in tax breaks, site location subsidies, workforce training and infrastructure developments, so be it.  Current efforts among local and state governments to top one another only adds to the reality that manufacturers can hold out for the sweetest deal available with lucrative benefits. Appearances, stunts and lobbying add more leveraging power for the manufacturer.

In the specific case of Tesla, a company well known for its innovative and bold thinking. When the company announced that it would manufacture autos in California, many auto industry observers scoffed at that decision. California is not known as a low-cost manufacturing region.

The ultimate selection of its U.S. based battery gigafactory will accomplish four objectives:

At this point, Tesla has more than likely honed its selection list based on the above objectives. The thinking is bold and timing is exquisite. It’s time to move beyond the politics and to the objective at-hand. 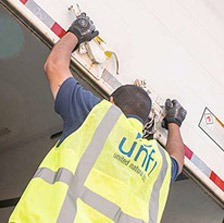 Tesla Motors Contracts for Strategic Supply of Lithium for its Gigafactory