The 2018 North America International Auto Show (NAIAS 2018) kicks-off this weekend in Detroit Michigan amid an industry that is undergoing various stages of supply chain transformation inflection points and risk assessment.

From an overall market perspective, the U.S. auto segment incurred its first annual volume output and overall revenue decline since the financial crisis of 2008-2009 which forced two major U.S. brands to declare bankruptcy. Output volumes reached a reported 17.2 million vehicles in 2017 while overall revenues fell 1.8 percent. Many industry market watchers point to declining output volumes in 2018 with many automakers planning production cutbacks. Car buyers with vehicle replacement needs will likely have more affordable options in the building inventory of used and former leased vehicles.  Thus, the key to 2018 sales will be attractive new models and added innovation.

U.S. branded automakers have once again relied on higher margin pick-up trucks and SUV models to fuel overall market interest and profitability. The sedan and small car segment continues to languish, requiring added price incentives and discounting to spur sales. It seems that U.S. consumers are addicted to larger vehicles when gasoline prices are relatively low, only to complain vehemently when gas prices are much higher.  Industry disrupters such as Tesla have provided the market with another alternative, styling, higher performance, and elegant design on an electrified platform. The challenge remains price affordability.

A looming industry supply chain risk relates to the ongoing re-negotiation of the NAFTA trade agreement. There remains more pronounced concern that U.S. trade negotiators will walk away from NAFTA to adhere to Trump Administration negotiation threats. Meanwhile, Fiat Chrysler announced this week an investment of $1 billion to move production of branded Ram Heavy Duty trucks from Saltillo Mexico to Warren Michigan. According to business media reporting, this move will significantly lower Chrysler’s exposure to potential changes if NAFTA were to collapse.

For the past several months, Supply Chain Matters has been advising industry supply chain teams to perform ongoing what-if analysis regarding potential unfavorable changes in NAFTA. Chrysler’s announcement is one that may be followed by other Big-Three automakers.

Another important industry inflection point came with the recent joint announcement by Toyota and Mazda for a $1.6 billion investment in a production facility to be located in Huntsville Alabama. This announcement reinforced strategies by foreign branded automakers to continually source automobile and truck production primarily in U.S. Southern and Texas locations. In its reporting, The Wall Street Journal observed that this joint announcement highlights a major milestone, namely that foreign auto companies will soon build more cars and trucks in North America than the Detroit Big-Three brands. We would add that from a supply chain strategy perspective, we conclude with the WSJ that such a condition places the Big-Three as more dependent on other lower cost manufacturing regions in the coming years to maintain competitive product margins for smaller vehicles and sedans. That is another reason the ultimate fate of NAFTA is so important to the Big-Three.

What This Week Means

This week’s Detroit Auto Show will be an all-important venue for automakers to declare long-term strategies in product and supply chain process innovation. It is an important backdrop to convince skeptics that the Big-Three have learned important lessons from prior market cycles, and will be leading innovation in the next industry transformation cycle.

Attendees should expect to see more high-tech industry players participating in receptions, demonstrations, and networking venues. We expect that there will be many future concept cars demonstrated in various forms. That is because the reality of the industry transformation has traditional auto brands, highly experienced in new product design and high-volume production, coming together with high tech, software and semiconductor industry players that will lead in advanced technology. While Tesla remains an industry disruptor, others may follow. Their presence will be noted this week. 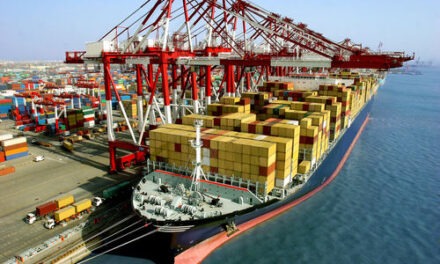 Impressions and Conversations Held on the State Of Global Supply Chains