Recent postings appearing on the Natural Resources Defense Council (NRDC) and Mother Jones note that the industrial processes used to make our jeans and sweatshirts require loads of water, dirty energy, and chemicals, which often get dumped into the rivers and air surrounding factories in developing countries. China of course, is a major global source of fabric production. According to the NRDC, almost 20 percent of the world’s industrial water pollution comes from the textile industry, and China’s textile factories, which produce half of the clothes bought in the United States, emit 3 billion tons of soot a year.

NRDC recently hosted an award ceremony in Shanghai to recognize 33 Chinese textile mills which completed NRDC’s Clean By Design program in 2014.  Four prominent apparel retailers and brands, Target, Gap Inc., Levi Strauss and Co., and H&M participated in the program, handing out certificates of achievement and inducting some star mills into a newly created Clean by Design Hall of Fame.

The effort to get to this point is described as starting five years ago under the umbrella of green supply chain initiatives, providing practical tools to reduce production and environment impact while saving money. Today, NRDC’s Ten Best Practices provides what are described as practical improvements, low cost and offering quick payback for producers.

In terms of results, NRDC indicates that its Clean By Design practices delivered, on average, savings of $440,000 in the first year, with the top five mills saving more than $880,000 – with a payback time (return on investment) of only 14 months.

The NRDC blog posting further describes efforts underway to increase awareness to broader amount of skeptical fabric and textile mills in China as well as to involve more global based buyer brands as sponsors. 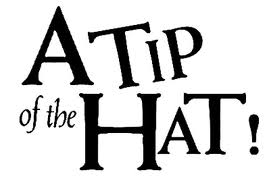 Since getting the word out is important to this effort, Supply Chain Matters is pleased to spread awareness of this program to our global and China based readers. We also extend our Tip of the Hat to those retailers who are actively supporting these current efforts.