The End of an Era for Apple- The Start of Another

This evening, news wires are active with the stunning but unexpected news regarding Apple.  Steve Jobs has tendered his resignationas CEO due to health reasons.  In his resignation letter, Mr. Jobs has recommended COO Tim Cook to be his successor.  There is no question that Steve Jobs has done a superior job for Apple, and we wish him well in whatever new paths he elects to do.  The elegance and innovation of Apple’s products under his direction will continue to be the benchmark, not to mention his abilities to bring together a very profitable company.

No doubt, this sudden news will cause Apple stockholders to be a bit on edge for the next several days.  In January of 2009, Apple Computer stock went into a tailspin as rumors about Steve Jobs’ failing health fueled speculation of an imminent leadership crisis.  Steve Jobs response was to appoint Tim Cook, Apple’s COO and able supply chain leader to the interim post of CEO while Mr. Jobs was on multiple medical leaves.

Supply Chain Matters has noted a number of previous commentaries regarding Tim Cook. Tim Cook’s background at Apple includes senior leadership positions in supply chains and operations management. The extraordinary supply chain capabilities that many in our community envy, came as a result of Tim Cook’s leadership. Mr. Cook was previously been awarded a $22m cash and stock bonus based on his achievements as Apple’s prior interim CEO.  In January of 2009 we commented that If you believe as I do that cutting your teeth in supply chain is a great proving ground for “C-level” success, than rest easy.  All will be fine. In March of 2010, we noted that Mr. Cook’s 12 years of performance speaks for itself and we should not resent the fact those years of grounded cross-functional operational experience and the existence on enviable supply chain process capabilities certainly provide credence to his performance bonuses as to his designation as probably the highest paid operations executive.

Apple’s board of directors and Apple’s stockholders would be wise to accept the recommendation of Steve Jobs.

We wish Steve Jobs all of the best, and know that his legacy and professional achievements will forever be remembered. 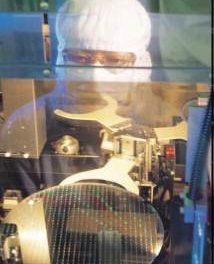 Wal-Mart Extends a Helping Hand to Suppliers- For What Motivation?