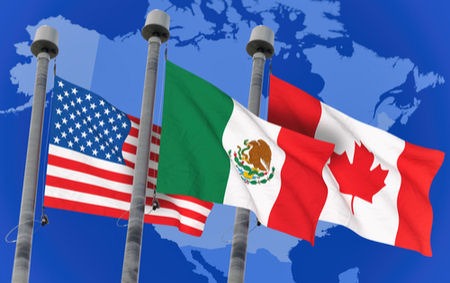 Today marks the official start of the United States, Mexico and Canada Trade Agreement (USMCA) and industry supply chains are yet to fully understand all of the detailed provisions.

After two years of contentious back and forth negotiations, followed by another year of U.S. Congressional ratification discussions, there was often doubt as to whether this day would arrive. And, as many in business media have reported, this day is not so much a new dawning of a major regional trade alliance but rather likely continued back and forth tensions and trade clarifications among North America’s three trading nations.

In 2018, when we highlighted the last-minute agreement of the USMCA deal, we stated to readers that ‘the implications for industry supply chains remain with the details of the final agreement.”

This new trade alliance provides specific industry supply chain unknowns, given that the Trump Administration reportedly released numerous pages of added detail only one month ago, That has caused companies, industry trade groups and lawyers to scramble to discern the detailed requirements.

The U.S. automotive industry must now embrace the new manufacturing content provisions of the agreement requiring upwards of 45 percent of auto parts content be produced by workers earning at minimum of $16 per hour. Within three to five years, minimum North America based content rises from 62.5 percent to 75 percent. Auto makers are provided, depending on model, three to seven years to fully comply with as yet not fully understood detailed regulations that have since been negotiated.

And then there is the timing of this implementation, now coinciding with the global COVID-19 coronavirus pandemic that is occupying the full attention of many manufacturers, logistics and transportation companies along with severe economic harm for many small businesses. Before a U.S. Congressional hearing held in June, U.S. Trade Representative Robert Lighthizer indicated that he preferred this agreement go into effect on this date so that the new rules could be enforced. The Trump Administration has already raised its ongoing concern regarding increased aluminum inputs from Canada and is threatening resumption of tariffs, along with filing dispute cases “early and often.”

U.S. and Mexican labor rights groups continue to voice concerns relative to the USMCA labor reform provisions that should allow workers in Mexico to be able to independently organize labor unions, collectively bargain and cast secret votes. Reportedly, hundreds of Mexican manufacturers are challenging proposed new labor laws in legal actions. A prominent labor lawyer activist was recently jailed in what has been reported as phony charges of inciting threats and coercion.

The bottom line is that this major new trade agreement is likely a continuation of hammering out specific trade tenets and legal remediation mechanisms. That stated, given the existing state of heightened U.S. and China trade tensions and growing global nationalism, USMCA made well turn out to be one of the most strategic regional trade agreements for all three countries.

We expect to be updating readers on USMCA for many months to come.