The Bankruptcy of Toys ‘R’ Us- More About Increased Supplier Assertiveness

The latest retail industry casualty regarding the permanent change in consumer shopping patterns is now Toys ‘R’ Us Inc. The specialty children’s category retailer recently filed for Chapter 11 bankruptcy protection, after struggling with a heavy debt load and decreasing shopper visits. According to a report by The Wall Street Journal, this latest action adds to the list of upwards of 20 retailers that have filed for bankruptcy protection since the begging of this year. While some can bundle this latest action under this growing trend, there are other forces at-play, namely increased supplier assertiveness. 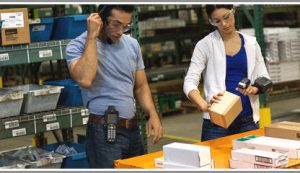 According to the WSJ, this latest move was triggered by major suppliers who elected to tighten trade terms with the retailer just prior to the all-important and crucial holiday buying period. As our retail industry readers well know, suppliers and creditors have in the past allowed retailers to at least complete the holiday quarter before making major financial decisions. Like so many other retailers, Toys ‘R’ Us has strong dependency on the holidays for revenues and profit performance.

In its reporting, the WSJ cited a person familiar with the situation as indicating that none of the existing suppliers want the retailer to disappear, but do have a fiduciary responsibility to their own shareholders Two such suppliers are noted as toy manufacturers Mattel and Hasbro, each owed $135 million and $59 million respectively.  The retailer’s total debt load was upwards of $5 billion as of the end of April, some of which was incurred when this retailer was taken private in 2005. Plans for an IPO in 2010 were withdrawn because financial performance had weakened. In the fiscal year that ended in January, the retailer reported total sales of $11.5 billion and an operating loss of $36 million.

As a category specialty retailer of children’s toys, games and clothing, Toys ‘R’ Us elected to compete with dominant online retailers in depth and breadth of merchandise selection as well as order online and pick-up in store.  A further strategy was to place lots of leverage on branded licensed toys, items that would be in large demand for gift-giving.

However, its debt load hampered the ability to invest in more streamlined back-end inventory planning and management systems. Pricing was another challenge, since online retailers Amazon and Wal-Mart had the deep pockets and technology capabilities to be able offer consumer’s more attractive pricing based on the overall supply, demand, and market pricing patterns of a certain item, often specifically undercutting Toys “R” Us for licensed merchandise, or to couple licensed sales with cross-selling of other popular items.

In early August, Supply Chain Matters highlighted a report of retail suppliers pitted against private-equity investors. Our commentary highlighted a WSJ report indicating that mountains of debt accumulated by retailers from private equity actions, coupled with reduced revenues and profits, accelerated the process towards bankruptcy. When such proceedings reach the bankruptcy courts, unsecured creditors, often suppliers and real-estate landlords, then discover that there is little remaining to settle outstanding invoice claims within the bankruptcy settlement process. Typically, in bankruptcy, lenders expect to be paid before equity owners. Similarly, we have highlighted actions were private equity controlled retailers attempted to seize supplier consigned inventories to generate cash to pay outstanding debts.

Actions of abusing supplier payment obligations invariably lead to counter-actions to protect the fiduciary responsibilities of suppliers themselves. Thus, there should be little surprise that suppliers are doing just that, either in holding back or shutting-off inventories in the case of Sears Holdings, or in being more aggressive in contract actions. When the industry category itself is under stress, the category being Toys related, the actions and flash points become ever more problematic. Procurement professionals need to now understand that suppliers have indeed become more assertive in protecting their own financial obligations.

A Candid Expose of Target Stores CEO Leadership: A Rebellion from Within?