Last week, Tesla founder and CEO Elon Musk penned a blog posting that essentially updated the master plan for the company that called for a broader product development thrust into hybrid trucks and buses. This places a far broader emphasis on the firm’s supply chain ramp-up challenges, one with the implication that Tesla will, by our view, have to seriously consider adding to existing final assembly production capacity beyond its current Fremont California facility. 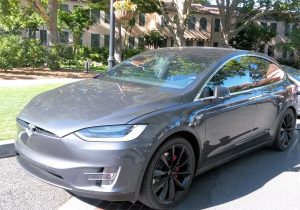 The commentary itself not only provides an argument for why the electric car company must merge with SolarCity, but a further expansion of the master plan that includes:

New product offerings were described as a new form of pick-up truck, and beyond the consumer vehicles market, an innovative heavy-duty trucks and high passenger density urban transport vehicle. Regarding the latter, Musk envisions a smaller footprint of urban busses with a transition from the role of individual bus driver to one of fleet manager. Both are noted as in the early stages of development at Tesla and should be available for unveiling next year, and will follow the availability of the more affordable Model 3 currently due in 2017.

Supply Chain Matters previously highlighted efforts of truck maker Nicola Motor Company in developing a Class 8, 2000 horsepower electric powered semi-tractor truck that will be named the Nicola One. This manufacturer has to-date booked 7000 reservations, each accompanied by a $1500 deposit, totaling more than $2.3 billion in cash to secure a reservation for this new vehicle, hence the sense of urgency for Tesla to enter such a market.

To state that the latest master plan is audacious or ambitious is an understatement. It places a far more concentrated focus on whether product development and the supply chain can rise to the challenge in such a short timeframe.

As noted, our last Supply Chain Matters commentary on Tesla concluded that the company remains challenged by supply chain ramp-up issues as it strives to meet aggressive short and long-term production and supply chain needs of existing announced vehicles. Musk has literally accelerated by two years, his goal to have the California final assembly facility output 500,000 vehicles per year. In his latest blog post, Musk once again re-iterated that this will be addressed as a function of engineering:

“What really matters to accelerate a sustainable future is being able to scale up production volume as quickly as possible. That is why Tesla engineering has transitioned to focus heavily on designing the machine that makes the machine — turning the factory itself into a product.”

The adding of commercial vehicles with more innovative hardware and software designs implies no choice but to accelerate capacity, strategic commodity and supply chain wide resources. Just today, The Wall Street Journal reports (Paid subscription required) that Tesla’s new $5 billion “gigafactory” near Sparks Nevada to produce the combined company’s battery component needs is currently one-sixth of its planned future footprint. Currently, 1000 construction workers are working two shifts per day, seven days per week to prepare for 2017 needs in the output of lithium-ion cells. Primary battery supplier Panasonic admits to the current challenges of finding qualified production workers, and with the addition of even more models of transport vehicles, the scale of the battery plant’s capability become crucial.  But so does final assembly and distribution as well, in an area that is noted for rather expensive real estate and distribution space.

Thus, any experienced or even entry level supply chain and manufacturing professionals that enjoy an environment of fast-paced innovation and creativity in business process and physical supply chain processes best route your resumes to Tesla. We anticipate a razor-like focus that harnesses the fusion of engineering, product development and supply chain management into a kaleidoscope of expansion that will test current norms and thinking.