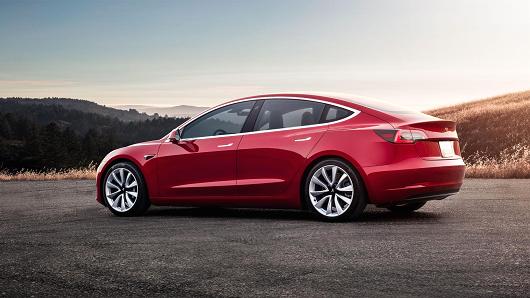 While Tesla Motors achieved its third-quarter production milestones, overall operational and delivery challenges remain for the electric auto maker. The Supply Chain Matters blog question is whether new management can once and for all overcome such challenges.

Tesla announced this week  that the automaker had produced a total of 80,142 vehicles in Q2, more than double of prior all-time highs. The breakdown of production output included:

A total of 53,239 Model 3 vehicles, noted as twice the volume produced in Q2. Further noted was the transition of Model 3 production from entirely rear wheel drive at the beginning of the quarter to almost entirely dual motor drive during the last few weeks of the quarter. According to Tesla, this added significant complexity to the production process, but we successfully executed. Further noted was that in the last week of the quarter, Tesla produced over 5,300 Model 3 vehicles, almost all of which were dual motor, meaning that the automaker declared victory in achieving its weekly production milestone.

In addition to Model 3 output, Tesla indicated that a total of 26,903 Model S and X vehicles were produced in Q3, slightly higher than Q2 and in line with guidance.

Actual Q3 customer deliveries were reported as 83,500 vehicles. Keep in-mind that Tesla’s delivery processes include actual shipment, acceptance, and payment of the vehicle. Thus, there is a lag between a vehicle being manufactured and its actual classification of delivered to the end customer. As an example, 55,840 Model 3 vehicles were reported delivered in quarter, 2600 more than actual production. That lag came from vehicles produced in the prior quarter but not delivered to a customer at quarter-end. At the end of this current quarter, in excess of 8000 Model 3 vehicles were noted as in-transit, and thus will be accounted for in Q4 deliveries.

In its production announcement release, Tesla placed special emphasis on its ability to deliver 80 percent more vehicles than was delivered in all of last year. Yet business and industry media have observed increasing reports from customers regarding delays or glitches in vehicle delivery along with challenged outbound logistics processes. In September, CEO Elon Musk took to Twitter to indicate that the automaker was running short on auto delivery trailers and was undertaking creative methods to alleviate the capacity issue.

Also qualified was that Q3 Model 3 deliveries were limited to higher-priced variants, cash/loan transactions, and to North American customers only.

As Supply Chain Matters has observed in many prior Tesla focused blogs, meeting expected supply chain, production and customer delivery goals are still are work-in-process.

In Q3, Model 3 production averaged roughly 4000 vehicles per week vs. the goal of a sustained 5000 per week. That volume of production was accomplished with the supplemental assembly line capacity hastily installed in late Q2.

A production or delivery process is sustainable when it can consistently and repeatedly support anticipated volumes at designated cost targets. In the specific case of the Tesla Model 3, that includes all vehicle variants and configurations in the order of when customers placed their orders. There are likely numbers of Tesla Model 3 customers who ordered the base model that are still awaiting delivery because the current production priority is focused on higher margin options and configurations.

Likewise, the company’s outbound domestic and international customer delivery processes have been taxed, and with each passing quarter, will continue so until modifications or added innovations are implemented. Some improvements related to advanced technology in tracking vehicle inventory in-movement or parked awaiting transport have been initiated but other opportunities remain.

In a prior commentary earlier this month, we praised the company’s new supply chain leadership moves. We expressed our hopes that the newly appointed executives will embrace known manufacturing process control tenets and disciplines and re-energize production and supply chain teams. We continue to applaud the production and support workers of Tesla for their continued dedicated efforts to accomplish ongoing milestones in light of many challenges.

Since that commentary, CEO Elon Musk has been formally cited by the Securities and Exchange Commission for improper conduct. The implication is that Musk must give-up his responsibilities as Chairperson and the company must provided added balance in executive leadership.

From our lens, Tesla’s production and customer delivery and service challenges will continue until scalable, consistent processes are evident. We are not likely to endorse a notion of mission accomplished until such tests are demonstrated. The other reality is that potential Tesla competitors who have demonstrated scalable and consistent production processes have definitive plans to bring new models to the market. That will change the dynamic as well as the reality.