In March of this year, Supply Chain Matters alerted our readers that electric automotive and soon to be truck manufacturer Tesla Motors had announced that the company was scouting locations for a second U.S. based automotive assembly facility most likely to be located in the middle of the country. Chief Executive Elon Musk took to Twitter to make the announcement, indicating that the facility would be dedicated to building the Model Y compact sport-utility vehicle as well as the previously announced pickup truck model dubbed the CyberTruck.  The icon CEO had further  indicated to The Wall Street Journal that state and local incentives and overall logistics costs would provide a major influence in the ultimate site selection.

This week, Business Network CNBC is reporting that two cities are likely on the short list for siting this new facility, one being Austin Texas and the other, Tulsa Oklahoma, and each seems to be in a bidding contest to be selected.

According to the reports, a decision is expected within a few weeks, as CEO Musk continues to: “stoke a bidding war over tax breaks and other concessions that would reduce the factory’s cost.” 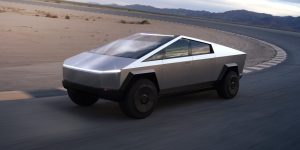 At stake is upwards of 20,000 jobs, a potential attraction to a new cadre of suppliers and services providers, not to mention the “cool factor” of having the presence of Tesla in your area. That might well have been the motivation of Chinese leaders actively supported Tesla’s efforts to be the first foreign auto manufacturer that could independently produce and distribute automobiles in that country, the “cool product” allure. The granting of upwards of a reported $1.6 billion in incentives was a certain help as-well.

Regarding the two short-listed U.S. sites, local Tesla fan club owners have been very active in testimony , assisted by some existing Tesla employees, local suppliers, retailers and outright fans. At the same time, there have been reported labor and environmental critics expressing concerns over the auto-maker’s track record in providing minimum wage for certain positions, clarifying what will be the volume of high-paying jobs, as well as providing for worker safeguards.  Testimony has reportedly referenced a prior track record of defeating labor organizing efforts and failures to acknowledge and fix workplace safety issues, including Musk’s recent open defiance of local California factory opening mandates.

The contrasts and attraction points of the two areas are different. In the case of Tulsa, the likely revival of an economy was booming with oil exploration and extraction, now trying to revitalize itself into a hip area to live and work. In the case of the Austin region, a revitalized high-tech mecca now looking to add automotive production jobs that will be on the forefront of innovation in engineering product design and process innovation.

The exact amount of incentives, as is typical, is protected by non-disclosure agreements. In its reporting CNBC indicated that Travis County tax breaks, which is encompasses the Austin location, only emerged during public hearings. That number was reported as $14.7 million in tax breaks at the County level. Unclear is what State of Texas officials may add to that number in various incentives. Regarding the Tulsa site, local officials have indicated that their bid was competitive with that of Austin and would include a broader area of incentives.

Tesla itself received a reported $1.4 in total incentives to build its “Gigafactory” battery production facility near Sparks Nevada, somewhat equivalent to incentives provided for the Shanghai plant in China.

As with all events related to Tesla, the end-result will be cause for added hype and speculation. What remains is whether such incentives meet the stated goal of both factory time-to-market as well as lower overall logistics costs to service customer located east of the Mississippi.

Tesla has also encountered more visible competition in the electric pickup truck and SUV segment in the form of start-up Rivian, which has just completed a $2.5 billion funding round backed by Ford Motor and Amazon as key stakeholders, among others.  Proceeds from this round are targeted to ensure supply chain, production and vehicle distribution will be ready for volume production levels. Like Tesla, Rivian’s business model is to shun traditional dealerships and sell direct. More on that will be shared in a forthcoming This Week in Supply Chain Tech update.

The risk of these types of incentive competitions has grown of late, with Amazon’s defunct process of selecting a second corporate headquarters termed HQ2 being a prime example. That effort was coined as the: “biggest economic development opportunity in recent memory.” In the end, New York City officials rejected Amazon’s original selection, which forced the online provider to settle on the Crystal City, Arlington Virginia area.  It was later reported that Amazon ultimately weighted its choice based on the quality of existing workforce, infrastructure and business friendliness over total monetary incentive.

Each process is different, and each has its own goals. We can all observe what Tesla’s weighting will turn out to be.