Just before the 4th of July holiday in the United States, Tesla announced vehicle production and delivery performance numbers for Q2 while CEO Elon Musk took to Twitter to announce the start of ramp-up production for the new Model 3 vehicle.

While Tesla emphasized a positive spin on recent quarter operational performance, there continues to be weak link challenges that need to be tackled on many fronts, the most obvious being overall battery supply and Model 3 production ramp-up.

The more concerning news for Q2 was the indication was what is described as a severe production shortfall of 100 kWh lithium-ion batteries packs. According to the release, production averaged 40 percent below planned supply up until early June.

CEO Musk is now indicating a need to open as many as three new battery factories as well as active consideration for opening a second automobile production facility, perhaps in China. These are all indicators of scale-up challenges, and imply the use of added capital to fund such investments.

Regarding the highly anticipated Model 3 mass production car, Tesla indicates that the initial certified production car will be completed this week with handover of roughly 30 customer cars by the end of July, to be celebrated in a “handover party” at Tesla’s Fremont California 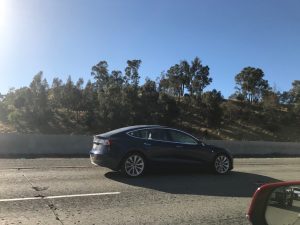 production facility. On Twitter, Musk indicate that Model 3 production numbers of 300 in August 1500 in September, ramping to 20,000 per month by December.

On a positive note, in its recent Q1 performance report, Tesla management acknowledged that production quality and operation reliability of the Model X four-wheel drive sedan have dramatically improved and publicly acknowledged that initial customer criticism was fair.  How many times have readers read of such an open acknowledgement from other well-known auto brands.

As noted in our Supply Chain Matters commentary related to Tesla’s Q1 operational performance, which each passing quarter, there will be far more scrutiny surrounding Tesla’s operational performance as well as the underlying supply chain processes and management systems. While Tesla stock valuations continue to reflect a perception of being a more valuable company than perhaps Ford Motor Company or General Motors, we continue to submit the broader determinant is overall consistent supply chain performance and scalability. Up to this point, the sheer dedication, stamina, and creativity of individual Tesla employees has helped to deliver expected performance numbers. At some point, energy levels will succumb to the sheer scale of what remains to be accomplished.

High Speed Rail for the U.S.: The Low-Cost Sourcing Dilemma