This week, Tesla Motors announced that the innovative auto manufacturer reluctantly fell short in its 2016 operational milestone goal to deliver between 80,000 to 90,000 vehicles to customers during 2016.

The electric vehicle manufacturer delivered a reported 22,200 vehicles to worldwide customers during the December-ending quarter. When added to prior quarter deliveries, total year 2016 deliveries were approximately 76,230 vehicles, a shortfall amounting to just over 3700 vehicles to the 80,000 threshold. 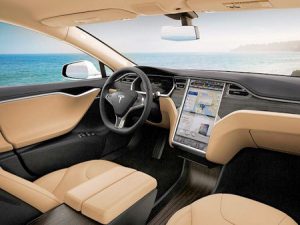 Q4 vehicle deliveries were impacted by what Tesla described as short-term production challenges that began at the end of October and extended through early December. This delay was attributed to the transition to new autopilot hardware needing to be installed in vehicles.

In July, Israeli-based advanced technology camera supplier Mobileye elected to drop Tesla as a customer, and according to news reports, the cause was attributed to “disagreements about how the technology was deployed.” Earlier in May, a fatal crash involving a Model S operating on semiautonomous mode autopilot control had reportedly motivated the decision to drop Tesla at contract renewal time because this supplier wanted more control as to how its camera technology would be operationally deployed. Tesla has since indicated that its autopilot system will rely more on its radar sensors and advanced software to detect obstacles, rather than the forward-facing camera.

In its published update, Tesla indicated that teams were ultimately able to recover and fulfill its Q4 production goal, but the delay led to cars missing shipping cutoffs for Europe and Asia based customer deliveries. As manufacturing and supply chain teams know all too well, the best planning can often be impacted by unplanned events or disruptions, and the ability to recover quickly is what really matters. In addition to the 22,200 recorded deliveries in Q4, about 6450 vehicles were in various stages of transit to customers at the end of the quarter. These in-transit vehicles will be counted in the Q1-2017 revenue bucket.

As we have noted in prior Tesla focused commentaries, the company’s unique and self-perceived conservative customer fulfillment model is made-to-order and self-distribution driven, and calls for not recording full revenue until a car is manufactured and physically delivered into the hands of a customer with all ownership paperwork correctly transferred and acknowledged. For internationally focused deliveries, the fulfillment cycle is literally many weeks.

Readers could surmise that Tesla indeed had the capability to actually exceed its 2016 customer delivery goals of between 80,000 to 90,000 vehicles.  A total of 83, 922 vehicles were produced during the full year.

We believe Tesla should be lauded for consistently adhering to its conservative customer fulfillment policies of complete physical delivery, and for efforts to fulfill Q4 operational delivery milestones despite a noteworthy supply glitch involving a modified supply plan.

Perhaps in the future, customer delivery hurdles will be overcome by formally inviting the customers to Tesla manufacturing facilities to participate in a formal physical delivery transfer process that includes a maiden test driving experience on a test track. Who knows!

To get back to serious, CEO Elon Musk Tesla has committed to investors that the company would have the capability to produce upwards of 500,000 vehicles annually by the end of 2018. More than 300,000 people have put down deposits to reserve the newly announced Model 3, scheduled for 2018 delivery. That represents over a six-fold scaling from 2016 operational performance. If there is going to be a notion of how to improve required production and delivery scale in the months to come, it will likely center on more innovative and globally centric vehicle manufacturing and distribution processes.

Musk has challenged Tesla engineering teams to the principles of “you build the machines that build the machine.” In other words, the context is in thinking that the factory is the ultimate product of engineering, and that you design a factory with similar principles as in designing an advanced computer with needs for many interlinking operational performance requirements. In November, the company acquired German consulting firm Grohmann Engineering to add specific manufacturing automation engineering expertise.

Much work remains, but then again, Tesla has always been a manufacturer that thinks and acts beyond industry convention.

Historic Day for the Commercial Aircraft Industry From Two Perspectives