Electric powered automaker Tesla completed Q2-2018 achieving its critical milestone of producing over 5000 Model 3 vehicles in one week. However, from our Supply Chain Matters lens, the achievement was hollow, and not reflective of a sustained production cadence under predictive cost controls.

In total, Q2 automobile production output was 53,339 vehicles, representing a 55 percent increase in year-over-year quarterly output. Of significance, Model 3 production exceeded combined Model S and Model Y production levels, but that milestone is at-least several quarters overdue.
The Costs and Efforts Involved
Tesla and its employees have had to extend extraordinary efforts to achieve last week’s milestone.
To achieve the Model 3 production milestone of 5000 vehicles in one-week, a temporary third assembly line was added, housed in a temporary shed facility within the Tesla manufacturing complex. Supply Chain Matters published a prior blog at the end of May calling attention to a published Reuters report of six air freighters loaded with an entirely new production line equipment being flown from Europe to California to augment production.
Production teams worked around-the-clock in the final week of the quarter to achieve the announced milestone, including CEO Elon Musk, who reportedly was resident and sleeping in the factory for three straight days, around-the-clock.  Battery supplier Panasonic indicated to its shareholders that the sharp increase in Model 3 production had led to occasional battery shortages. We have further called attention to other reported glitches that allegedly have occurred in the supporting Gigafactory battery cell production and final assemblies, the latest by a reported disgruntled employee whistleblower, who reportedly hacked into Tesla’s proprietary production and manufacturing control system and allegedly stole data and information.
Business network CNBC reports today that a previously specified “brake and roll” inspection process, as part of Model 3 final assembly, was skipped in order to maintain required output in the final days of the quarter. Tesla characterizes the brake-and-roll tests it recently suspended as redundant to other controls already conducted. The automaker did confirm to CNBC that all vehicles have their brakes and alignment tested on-site after they’re fully assembled and before they leave the Fremont factory to go to a service or delivery center. The New York Times reported last week that a number of glitches related to automated robots involved in assembly had to addressed by engineers. Further stated:
“In recent weeks, company executives concluded they could produce Model 3 underbodies with fewer spot welds than they had been using. The car is still held together by about 5,000 welds, but engineers concluded that some 300 were unnecessary and reprogrammed robots to assemble the steel underbody without them.”
Added to the stress and strain were reported fires that occurred at the factory either in the paint facility or other areas. The latest was Thursday of last week when a reported small fire was contained to a cardboard bailing machine. Prior fires has interrupted production for several hours.
At the end of the quarter, over 11 thousand Model 3’s and nearly four thousand Model S and X vehicles were classified in-transit to customers, which is an all-time record. These numbers always tend to reflect on how Tesla accounts for revenue recognition, when the customer actually takes title and delivery of the vehicle.
Moving Forward
Today’s Heard on Street commentary of The Wall Street Journal astutely observes that the weekly output of Model 3 production averaged about 2,200 cars per week during the recent quarter. With upwards of 40 percent of Model 3’s produced in the most recent quarter classified as in-transit, there is again evidence of the final week hockey-stick production curve that has been experienced in prior quarters.
Additional published reports published by the WSJ and other news outlets point an original factory automation plan that the company invested upwards of $90 million, that included an automated warehousing and material movement systems that would literally deliver just-in-time parts to automated production robots. Parts of that system and process had to be altered in favor of adding back production line workers to accomplish certain tasks.
All of this has to be sorted out as is the added costs incurred by Tesla to make the company’s Q2 production goal occur.
The WSJ has further noted that over 50 Tesla executives have departed the company over the past 24 months, including manufacturing executives. In mid-June, the company reorganized to reduce what Elon Musk perceived to be too-many layers of management, but production workers were spared in company-wide job actions.  Today’s report, citing knowledgeable sources, indicates that Tesla’s termed top engineer, Doug Field, who was previously on leave-of-absence, will not be returning to Tesla. Field managed engineering design team efforts of the Model 3 including the automation of manufacturing processes.
The next milestone for Model 3 production involves a sustained production rate of 6000 vehicles per-week by August. The company must achieve positive cash flow and post a profit in the remaining quarters of this year.
This analyst and author has opined in prior blog commentaries that the time is long overdue for Tesla to recruit and enable a highly experienced manufacturing and supply chain executive that provides proven experience in high-volume manufacturing, quality, and cost control. This is not a reflection on Elon Musk’s genius and engineering brilliance, but rather an acknowledgement that day-to-day operations management decisions are best placed in highly experienced hands who have a record of accomplishment in such efforts and who understand the fusion of engineering design with manufacturing capability. Musk’s tendencies to sometime ignore manufacturing and supply chain realities and overpromise on goals have taken a toll from many dimensions.
Future milesto 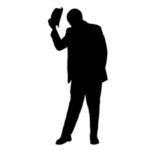 nes do not get any easier, especially when this latest Q2 milestone was again achieved by the extraordinary efforts of Tesla’s dedicated  manufacturing and supply chain teams of workers.
To all Tesla employees, we extend our Supply Chain Matters Tip-of-the Hat for indeed, such extraordinary efforts and round-the-clock dedication.
Rest-up since continued challenges lie ahead.