In this new era of geopolitical risks, the critical importance of supply chain management sourcing strategy was again brought to light in a published article by The Wall Street Journal. The report, When Currencies Fall, Export Growth Is Supposed to Follow- Until Now (Paid subscription required), questions common theory that a weaker currency is a boon to export growth. The reason stems from existing supply chain sourcing realities. 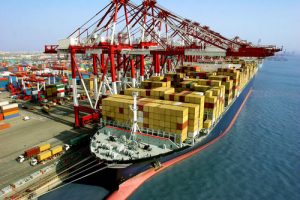 The report specifically examines a test case reflected by the ongoing effects of Brexit to the manufacturing sector of the United Kingdom. As Supply Chain Matters has profiled in a prior posting, the country’s decision to initiate efforts to exit the European Union, caused the British pound sterling to fall significantly. The effect was that products exported, such as chemicals, autos or aircraft parts became more price competitive in global markets. That obviously raised expectations for boosted economic growth, and indeed the PMI indices for the UK have been generally rising.  The evolving reality as depicted by the this latest WSJ published report, is that supply chain sourcing strategies that resulted in significant dependencies on importing value-chain components and/or raw materials served to have generally served to offset any lower price advantages of produced goods.

One specific example profiled was auto producer Aston Martin which exports a reported 80 percent of its vehicles to foreign markets. Post Brexit, with the decline in the value of the pound in low double-digits, Aston sales resulted in as much as 12 percent in additional sales margin. However, an industry reality that many automotive component suppliers are primarily based in offshore lower-cost locales presented the effect of increased costs for imported materials.  That has reportedly offset sales margin gains. Likewise, retail prices of many consumer items that are often imported into the UK have risen significantly since the Brexit referendum decision.

A contrast provided is that of the whiskey industry in Scotland, where the bulk of the product value is generated and produced locally and where producers have now been able to reap the rewards of increased export sales as well as profits. With the majority of the end-product locally sourced, a devalued currency has provided meaningful economic benefits for this industry.

The WSJ report makes note of two recent papers from both the World Bank and the Organization for Economic Cooperation and Development (OECD) that both found that movements in exchange rates had a declining impact on trade in advanced economies.

The sum of these developments is noted to be the same conclusion, that industries and companies have become more embedded in global supply chain sourcing.  Cited as evidence is an OECD statistic indicating that between 1995 and 2011, the import content of exports rose from 14.9 percent to 24.3 percent among OECD nations. Obviously, beneficial for developing, lower-cost manufacturing regions.

From our Supply Chain Matters lens, the evolving data again points to ongoing conflicts among individual companies, who’s product value-chain strategies are driven primarily by overall profitability, manifested by landed and total cost considerations, and on individual governments who must strive to grow domestic economies and employment. Specific case in point is the ongoing manifestations of the Trump Administration’s Make America Great policies that are reflected toward existing global trade policies.

Increasingly, economists and political leaders, have begun to question the overall benefits of globalization in the context of impacts to local economies, social responsibilities and to long-term economic growth. The spillover to existing global supply chain sourcing strategies seems inescapable.

Geo-political forces surrounding global trade are likely to occupy the attention of many industry supply chain teams, all of whom must be prepared to deal with near or longer-term implications. The takeaway for industry supply chain sourcing, procurement and overall supply chain leaders will continue to be the need to be well informed as to ongoing international geo-political events that will impact certain industries, and to ensure that respective C-Suite executives are well informed as-well.

In late September, this Editor is scheduled to deliver an Accenture Academy Trend-Talk online seminar: Supply Chain in an Anti-Trade and Anti-Globalization Era. We will be sharing further details in the weeks to come.

A Blogosphere Debate on the Death of Strategic Sourcing- My Input