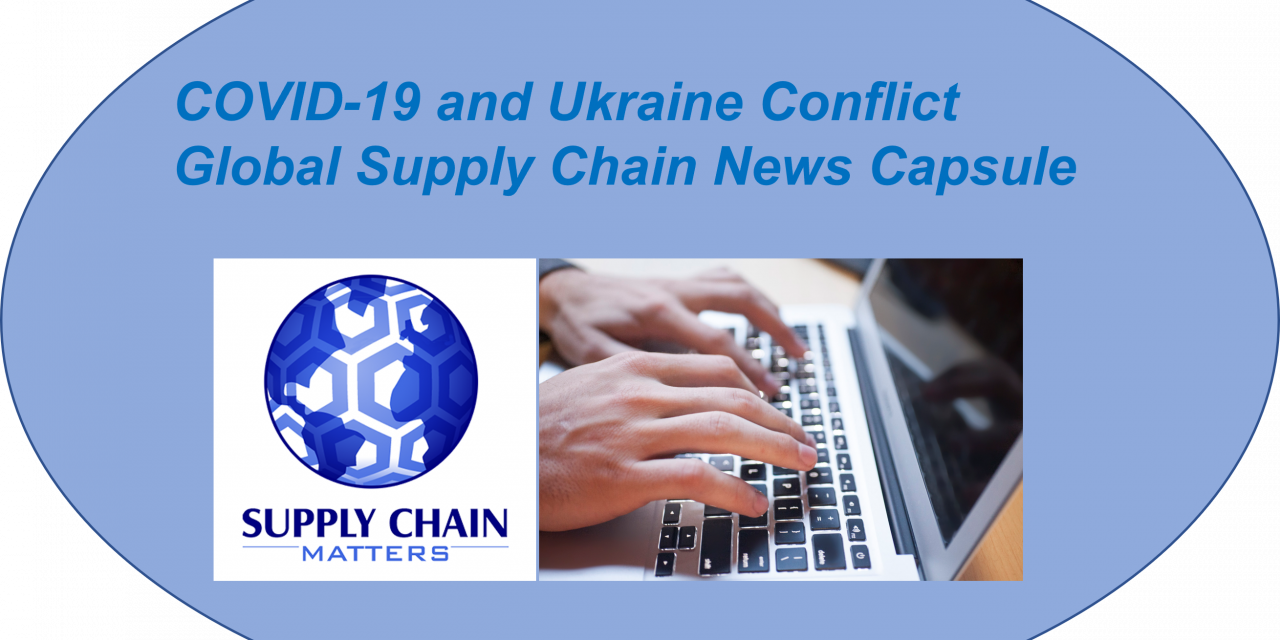 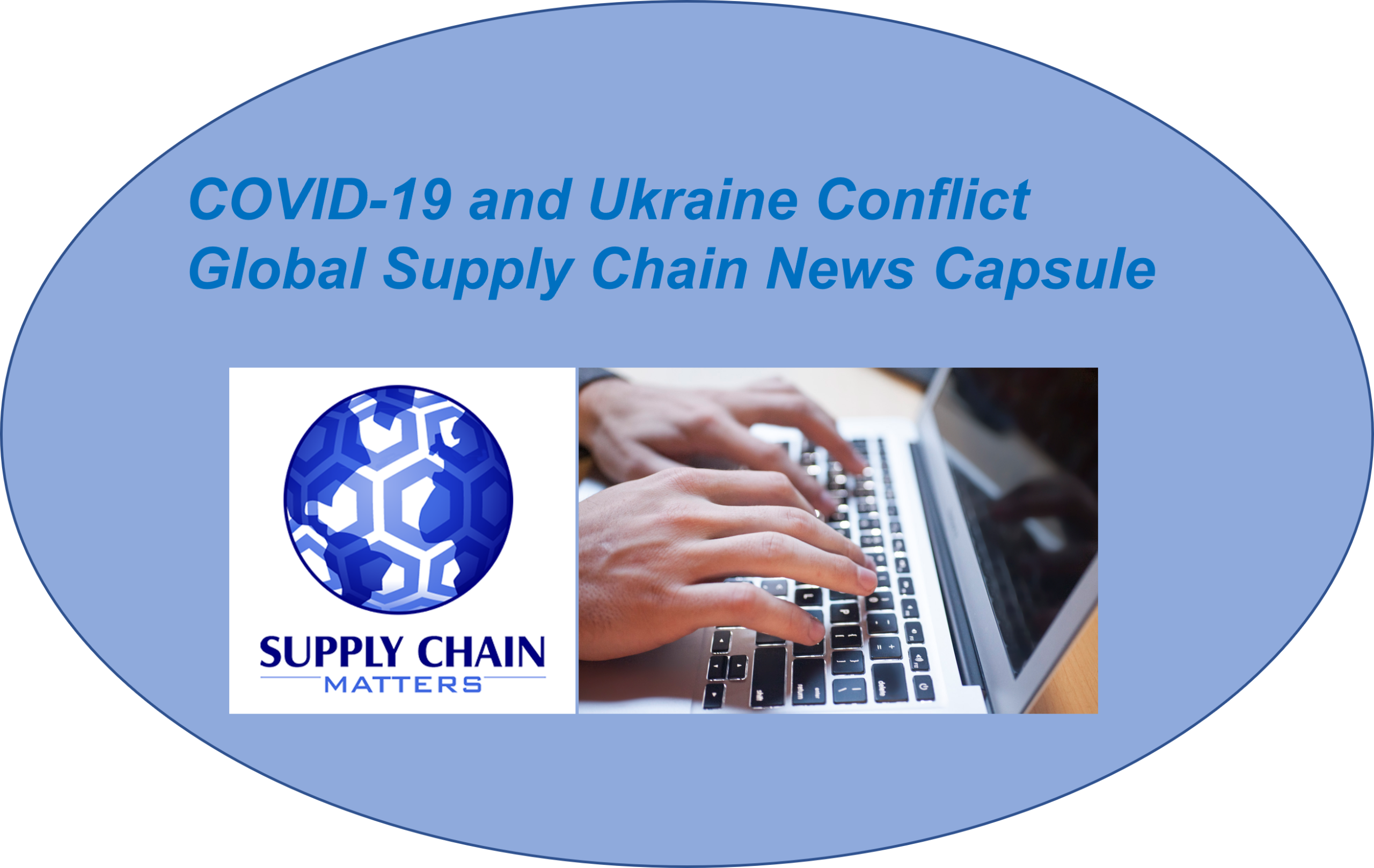 The Supply Chain Matters blog provides our latest news capsule format follow-up relative to the updating of prior supply chain management developments we have shared with readers.

Our most recent update of this series was published on September 9 and on August 17.

Included in this update is a report indicating that Apple has commenced production of the newly released iPhone14 in India, ahead of schedule, that the global shipping boom has now been declared over by one financial publication, and that the EU is seeking emergency supply network powers to prioritize deemed essential production.

Following an announcement made in August indicating that the newly announced the Apple iPhone14 model to be produced both in China and in India, Bloomberg reported this week that volume production has already begun in India, sooner than originally planned.

The report indicates: “ ..a surprisingly smooth production rollout that slashed the lag between Chinese and Indian output from months to weeks.” The new Apple iPhone14 was announced on September 7. Manufacturing services partner Foxconn Technology Group coordinated the simultaneous production ramp-ups in both China and Chennai, India.

Up until now, iPhone production in India typically was for older, lower cost models destined for domestic and global export demand, or an average of six to nine months after production volumes commence in China.

As noted in our prior Supply Chain Matters postings three years ago, a published report had indicated Apple had requested major suppliers and contract manufacturers to evaluate the cost implications for shifting fifteen, to as much as thirty percent of production capacity from China to other Southeast Asia regions. The report specifically cited iPhone contract manufacturing assemblers Foxconn, Pegatron, Wistron, along with MacBook producer Quantra Computer, AirPods producer Inventec, each being asked to evaluate alternative sourcing cost and other factors.

These moves represent efforts by branded companies to exercise a ‘China-plus one’ supply risk mitigation strategy, especially as geo-political tensions have increased relative to China. India further represents a potentially large market for consumer electronic devices and other electronic products over the coming years.

Business, supply chain and transportation media have all reported this week that the cost of shipping a container of goods from China to the U.S. West Coast has now declined to the lowest level in more than two years. Whereas the spot rate to ship a container from China to the U.S. spiked above $20,000 at its highest point in 2021, the spot rate has now dropped below $4,000 per 40-foot container. This downward trend is expected to continue over the coming weeks as shipping volumes continue to subside during what is traditionally been the peak shipping period for consumer goods.

As Supply Chain Matters has observed in our highlights of global wide production indices, global manufacturing activity has lost considerable momentum for the past three to four months. Activity in September and all of Q3 is expected to again reinforce this contraction.

Shares of major global shipping lines are noted as also on the decline and the question is whether last year’s windfall profits can again be achieved.

Major retailers and manufacturing companies were urged by carriers at the beginning of this year to sign longer-term contract to lock-in shipping rates for the year when spot rates were high. Industry media now indicates increasing efforts by large shippers in wanting to re-negotiate contract rates in the light of dramatically lower spot rates.

Amid FedEx’s sudden announced shortfall in revenues and profits, The Wall Street Journal reported that shares of transportation companies are now falling twice as fast as the overall stock market, as the Dow Jones Transportation Average has declined 12 percent thus far in September.

Corresponding signs that there will likely be no traditional peak shipping season this year, Bloomberg this week declared that these trends spell the end of the shipping boom.

The termed Single Market Emergency Instrument is noted as a response to ongoing bottlenecks caused by global Covid-19 outbreaks along with the Russia and Ukraine conflict. The draft reportedly empowers the EU to order states to reorganize supply chains and increase supplies of seemed crisis-relevant goods.

The measure, noted as similar to emergency measures that were undertaken in the U.S. and Japan is reportedly expected to face strong pushback from businesses and some EU countries, concerned about EU overreach.

Separately, The European Union Chamber of Commerce of China has issued a position paper that calls for the establishment of Western-friendly semiconductor supply chains to prevent any potential military actions from China directed at Taiwan. The director of this association indicates that a disruption of the Asian chip supply network could be catastrophic for Europe in a worst-case scenario.