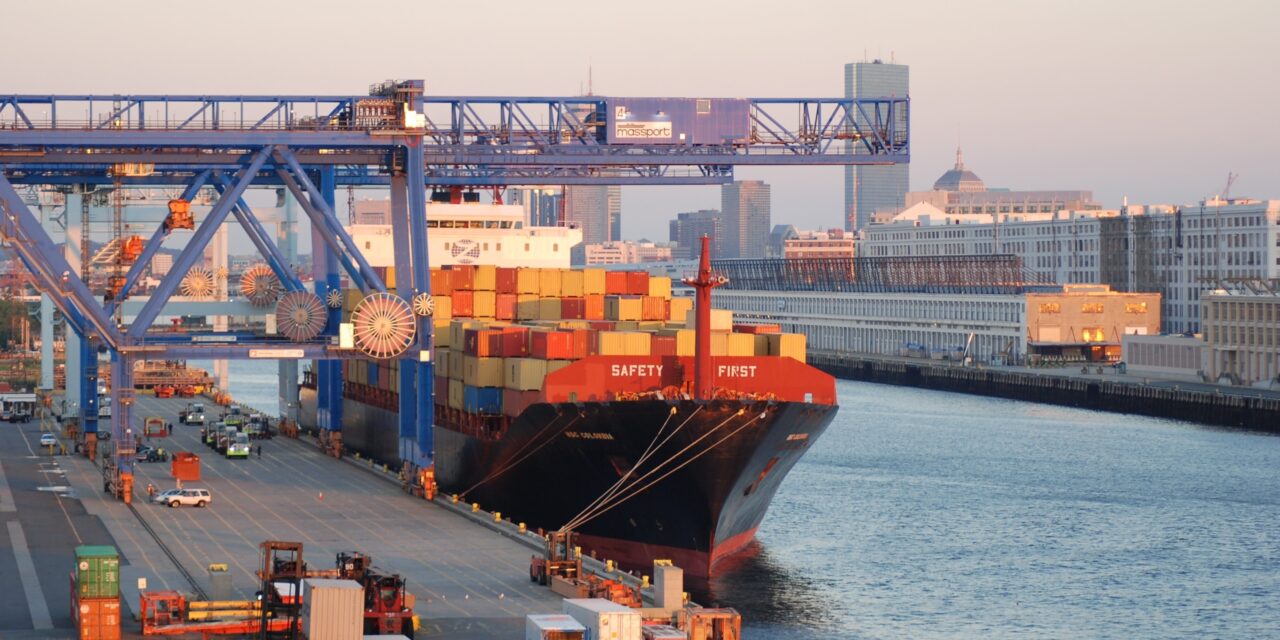 The Supply Chain Matters blog provides our July 27 weekly update and insights commentary on the pace and impact of global trade and tariff events impacting global and industry supply chains.
As noted in our prior updates, events continue to move rather quickly, and we will continue to provide updates and insights on a weekly or bi-weekly basis as-needed.

If you are just returning to the office from summer vacation and trying to get a handle on what is transpiring in this area, you are welcome to review our prior weekly updates.
July 20th Update
July 13th Update
July 6 Update
June 29th Update

A Potential Watershed Week
This week began with President Donald Trump, once again turning up the heat on trade. In a Tuesday Twitter posting, the President declared that “Tariffs are the greatest!” and reinforcing a message that countries treating the United States unfairly in trade practices will get hit with tariffs.
It would appear that behind the scenes, political headwinds are growing significantly in the direction of broad based business and consumer pushback. A released NBC News/Wall Street Journal poll reported that 49 percent of those polled indicated that tariffs would raise the cost of goods and hurt the economy, while 25 percent indicated they would preserve U.S. jobs and help the economy.
To help offset significant financial farm before laden on U.S. farmers as a result of retaliatory tariffs on select U.S. agricultural and meat products, The Trump Administration indicated that it would allocate an additional $12 billion in emergency farm subsidies. That move invoked a mix of political response from various Congressional members as well as some negative reaction from farmers themselves. The move is obviously political, to protect Trump’s eroding political support among U.S. Midwest farm belt voters. It further represents a very slippery slope in terms of the appearance of outright subsidies, which is a violation of WTO trade rules.
At mid-week, the President met personally with European Commission President Jean-Claude Junker at the White House. Mr. Junker travelled to the U.S. Capital to try to dissuade the President from further escalation of tariff threats and actions. At the conclusion of that meeting, both indicated an agreement to attempt to iron-out differences among these two major trading blocks. In what was reported as a hastily arranged Rose Garden news conference, Both sides suggested they would hold-off further on further tariffs for the time being, contingent on negotiating in good faith. There was no definite timing relative to whether the temporary pause would become a permanent one, and there was talk of moving toward a “zero tariff initiative involving non-auto industrial goods” type of agreement.
Business media has been quick to note that whether a zero-tariff deal comes to fruition is very much an open question because of the political minefields that continue to exist among the two trading blocks.  That stated, the meeting provided some feeling of optimism that the tide may be turning in terms of an escalating global trade war.
Meanwhile, President Trump visited two Midwest states in an attempt to build voter support for the ongoing U.S. tariff actions.

Individual Business Impacts
As we indicated in last week’s update, the implications of nonstop trade and tariff developments will continue to be evident as individual companies report their quarterly financial and business performance.
On Monday, The Wall Street Journal published a report indicating how added costs, both tariff and labor shortage related were crashing the party for manufacturers,
Whirlpool Corporation swung to second-quarter loss due impairment charges related to its European businesses. The appliance manufacturer indicated that it now expects to pay an additional $350 million more for the remainder of this year from rising raw-material costs and that it faces “a very challenging cost environment.” North America sales volume decreased just over 2 percent after the company-imposed price increases to offset imposed tariffs on imported steel.
General Motors, Fiat Chrysler, and Ford Motor each cut their profit outlook citing in-part, higher costs for raw materials. In the case of GM, increasing costs and unfavorable foreign exchange rates will cost an estimated $1 billion this year. Ford indicated a potential $150 million in increased costs.  Both companies rely of U.S. sourced steel production. Both Ford and FCA are also facing added challenges in China, where recent tariffs threaten to impact future sales in that country.
The CEO of Thor Industries, one of the largest U.S. producers of recreational vehicles issued an investor warning indicating that his company was experiencing inflationary cost increases in certain raw materials and components due in large part by the implementation of the steel and aluminum tariffs.
General Electric estimated that new tariffs on the company’s imports from China could inflate costs by $300-$400 million before alternative sourcing steps are taken to lesson such impacts.
U.S. motorcycle producer Harley Davidson indicated that the company expects upwards of $15 to $20 million in added costs for the remainder of the year because of the new steel and aluminum tariffs. Harley’s U.S. sales also declined 6.4 percent in the latest quarter, while European sales rose 3.6 percent. Harley’s CEO reiterated that in the light of the added European tariffs on imported motorcycles, that his company had no choice but to move more production out of the U.S.
Diversified manufacturer Danaher indicated an earnings impact of one percent per quarter and is now evaluating shifts in manufacturing locations.

NAFTA Development
Last week we noted reports that senior U.S. and Mexico government officials have now agreed to potentially resume NAFTA negotiations. The proposed new goal is reaching a preliminary agreement by August 25, since the U.S. Congress requires a 90-day approval cycle and the new Mexican Presidential Administration assumes power on December 1. Mexico’s President Elect and outgoing President have reportedly each given approval to move forward with this new timetable.
On Wednesday, Mexican and Canadian trade officials both reaffirmed a commitment to a tri-lateral NAFTA agreement, negating last week’s comments from the Trump Administration hinting at first reaching a bi-lateral agreement with Mexico. Both Mexico and Canada’s trade ministers reiterated continued opposition to the U.S. proposal for an agreement sunset clause under which NAFTA would expire in five years unless explicitly renewed. According to a report by the WSJ, Mexico’s chief trade minister indicated that his conversations with auto executives indicate a willingness to raise regional content in autos and improve labor rates and conditions, but the industry requires a longer-term trade agreement to do so.
.
Thoughts and Insights for The Week
We have characterized these past days as a potential watershed week, not only for all of the developments noted above, but with other signs as-well. The reality of multi-million dollar impacts on inbound direct materials and outbound sales across multi-industry setting is now becoming a building reality along with the various implications. Business and political based concerns are growing as are differences of opinion as to the overall benefits of these actions.
U.S. Treasury Secretary Steven Mnuchin indicated to business network CNBC after the Trump-Junker meeting this week: “I think we’re on our way to resolving a lot of these trade issues” including an elimination of all tariffs ultimately, and in the nearer term, no additional tariffs, and a removal of duties on steel and aluminum. He further pointed to a larger strategy with the World Trade Organization that the Treasury Secretary characterized as “WTO 2.0”. Less confidence was expressed regarding tariff and trade negotiations with China where negotiations appear to be stalemated.
From our lens, the Trump Administration may well be responding to the building political and business pushback regarding a global-wide assault of tariffs and trade demands, and instead, a more focused effort on the consensus challenge, dealing with China’s trade and intellectual property ambitions. China and other nations have been rather savvy in their targeting of retaliatory tariffs. Secretary Mnuchin seems to be now re-inserting himself as an arbiter towards an end-goal, but such efforts have been stymied in the past.
For multi-industry supply chain teams, this week is a sign of optimism, but by no means one reflecting on a stand-down of ongoing efforts to mitigate the ongoing effects of this building global trade disruption. The reality could well be many additional weeks of uncertainty leading up to the U.S. Congressional elections in November. Meanwhile, these unplanned and significant added costs to product value-chains have to be mitigated by either increased prices for end-products or compensating cost reductions that may well be painful.