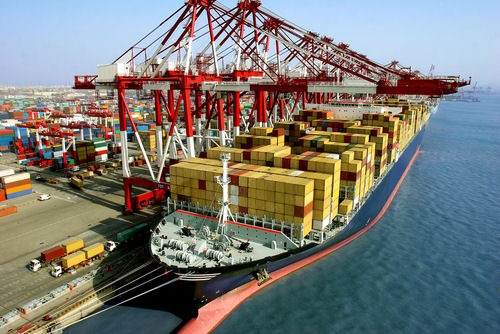 The Supply Chain Matters blog provides our July 20 weekly update and insights commentary on the pace and impact of global trade and tariff events impacting global and industry supply chains.

As noted in our prior weekly updates, events continue to move rather quickly, and we will continue to provide updates and insights on a weekly or bi-weekly basis as-needed.
If you are just returning to the office from summer vacation and trying to get a handle on what is transpiring in this area, you are welcome to review our prior weekly updates.
July 13th Update
July 6 Update
June 29th Update

Individual Business Impacts
As we indicated in prior commentaries, the implications of nonstop trade and tariff developments will continue to be evident as individual companies report their quarterly financial and business performance. This week, aluminum producer Alcoa indicated that the recent U.S. tariffs on aluminum are now impacting earnings performance. This U.S. based aluminum products producer, according to The Wall Street Journal, produces only 14 percent of total aluminum produced globally in the U.S. and relies on the sourcing of smelter facilities in Canada to support U.S. finished product market needs. Alcoa indicates that it has incurred an additional $15 million in added costs stemming from the recent import tariffs on aluminum and expects that impact to continue on a monthly basis. The producer, citing the new import tariffs, cut its profit outlook for the remainder of the year, and reiterated its opposition to the U.S. tariff actions. Instead, the company pointed to a U.S. approach for more directed strategy at curtailing China’s excessive global-based production through negotiated reductions in overall global output.
At the same time, industry observers are taking note that U.S. domestic aluminum and steel producers are benefiting from the tariffs in higher prices for their products. Nucor, one of the largest U.S. steelmakers reported this week an average 17 percent increase in domestic pricing of steel. Likewise, Alcoa saw its average pricing of U.S. output rise an average of 19 percent in the latest quarter.
All of these double-digit price increases in metals are now impacting U.S. manufacturers, particularly those with high metal end-product content such as automobiles, machinery, and other equipment. The largest U.S. based nail manufacturer, Mid-Continental Nail, garnered lots of media attention this week because of prior announced layoffs of workers attributed directly to import tariffs. The Missouri based manufacturer is owned by a Mexican company, and its predominant supply of steel is imported from Mexico. Because of the 25 percent tariff and the existence of thin product margin, prices were raised, which led to an immediate 30 percent decrease in customer orders. There are now growing fears that the company could be out of business by September due to eroding customer order volume since cheaper nail products can be acquired from foreign based competitors.
Higher U.S. domestic aluminum prices are further likely to impact the supply ecosystem of U.S. based commercial and military aerospace supply chains, especially Boeing’s manufacturing costs. Although Boeing’s size provides the influence to directly negotiate annual supply contracts for its own aluminum and steel needs, individual suppliers of metal components and forgings lack such leverage.

Individual Industry Impacts
Awareness to individual industry impacts are growing wider with each passing week.
Automotive Industry
The Alliance of Automobile Manufacturers representing twelve of the largest global automakers warn that President Trump’s newly threatened 25 percent level tariffs on all U.S. automobile and related parts imports would trigger a negative “domino-effect” that would harm U.S. based manufacturers and their associated workers. The U.S. Commerce Department indicates that more than $190 billion worth of foreign-made vehicles were imported into the U.S. last year, while an additional $143 billion was in auto parts and components. There was added awareness to the import portion of U.S. auto supply networks. Toyota indicated that its Toyota Camry, produced in the United States consists of about 30 percent of imported parts. The effect of a 25 percent tariff on that model would be the equivalent price increase of $1800. Another published report indicated that the popular Subaru Forrester, the highest selling compact SUV, which is primarily produced in Japan, would have its retail price potentially increasing by more than $5000 as a result of any tariff on all imported autos. An added impact to pricing applies also to import auto luxury brands such as Audi, BMW, Lexus, Mercedes and others with potential price increases in the thousands.
Retail Industry
The latest data reflecting June’s imported container volume data from the major U.S. West Coast ports of Los Angeles and Long Beach show a noteworthy 8.4 percent increase from the same month a year ago. That is fueling speculation that retailers are bringing in holiday related inventory much earlier to avoid the threatened next round of 10 percent China import tariffs. By doing so, distributors and retailers are taking on an inventory management risk, trusting that the merchandise that has been brought in earlier than normal will actually sellout as planned.
The further notion is that retailers have already concluded that the building trade war with China will prolong itself and thus receiving goods now could provide a product margin and revenue advantage. The National Retail Federation (NRF) indicated that the threat imposed by tariffs “is less about a question of if and more about when and how bad.” Computers and consumer electronics are likely to be in such thinking as-well.
The New York Times reported that any consumer who has recently purchased laundry appliances has already felt the impact of the prior tariffs imposed on washing machines, as U.S. prices have soared 17 percent according to the latest government data.
High Tech and Consumer Electronics Industry
In last week’s update we noted the subsequent $200 billion round of 10 percent China import tariffs would have direct impact on high tech and consumer electronics supply chains. Manufacturers would have to make tough decisions as to whether to hike pricing for end-products or absorb added inbound material costs amid a highly competitive industry environment.
Supply Chain Matters had the opportunity to speak directly with George Whittier, COO of electronics design and contract manufacturer Morey, located just outside Chicago. This analyst queried Whittier on his observations as to industry tariff impacts. He indicated that the first $50 billion tariff round mostly impacted common electronics components like resistors and capacitors. Some manufacturers were able to absorb the added 25 percent cost increases but Morey was not. He described the  next threatened $250 billion round of 10 percent tariffs as far more problematic since it involves printed-circuit assemblies, semiconductors, and other components. Once more, the industry as a whole has been dealing with significant capacity and lead time challenges globally, limiting any flexibility to seek alternative sourcing of components. Huge demand for smaller and more passive electronics for automotive and IoT related products have driven lead times for former commodity products to extremes. Go-to manufacturing regions such as Malaysia, Singapore and Taiwan have reached capacity ceilings in various components. Once more, these same conditions are spilling over to the automotive industry where high tech and electronics assemblies are making-up more and more of a vehicles product value-chain.
Whittier’s dialogue with respective customers indicates a thinking that the current tariff challenge will hopefully go away in the next 2-3 months when more rational politics and cooler heads will prevail.  That stated, U.S. based manufacturers such as Morey and others, must deal with a lot of uncertainty and added challenge. For its part, Morey has been working with customers on different methods for routing and importing components and in added ways to reduce manufacturing costs. Additional efforts are directed at more advanced planning in sourcing materials and gaining a deeper understanding of future customer and OEM product needs and plans in order to get a broader view of future requirements. All of that stated, the implication is that high tech manufacturers will have little alternative but to raise prices in an industry environment that is highly price sensitive. They will definitely be in the bullseye of the building tariff wars involving the U.S. and China.

NAFTA Development
The most positive trade developments this week are reports that senior U.S. and Mexico government officials have now agreed to potentially resume NAFTA negotiations. The proposed new goal is reaching a preliminary agreement by August 25, since the U.S. Congress requires a 90-day approval cycle and the new Mexican Presidential Administration assumes power on December 1. Mexico’s President Elect and outgoing President have reportedly each given approval to move forward with this new timetable. Mexico’s trade representative does add that any agreement would hinge on resolving previous contentious issues related to value content for automobile manufacturing and mechanisms to resolve commercial disputes.
This development is also an indicator that the Trump Administration’s new strategy is to try to forge an individual agreement with Mexico, likely forcing the hand of Canada to come to a similar agreement. Reportedly, Canada will take part in a planned meeting with U.S Trade Representative Robert Lighthizer and Mexico’s trade representative to be held next week in Washington DC.
Our readers have likely surmised at this point in this update commentary that the Trump Administration’s nonstop tariff announcements, particularly that of threatening a tariff on all imported auto and auto parts, are a means to pressure countries such as Canada, Mexico, China and others to acquiesce to U.S. trade demands concerning more value-added for U.S. manufacturing, as well as more jobs.

Thoughts and Insights for The Week
A consistent theme among multi-industry supply chains remains a heighted uncertainty and an apparent belief that these non-stop trade and tariff development cannot persist much longer without cooler heads prevailing. Meanwhile, the cost implications of ever more rounds of tariff shock announcements from President Trump, along with the implications of such actions, are becoming more meaningful and consequential.
U.S. and global political environments are becoming much more concerning, particularly when the globe’s major trading regions and major adversaries have reached higher levels of tension. Missing is any clarity relative to the end-goal. While many believe that neutralizing China’s long-term trade ambitions should be that goal, the U.S. actions thus far are alienating existing trade friendly nations, the very nations that could assist the U.S.. Also missing are any checks and balances among the U.S. executive and legislative branches when it comes to claiming U.S. security needs as the basis for added tariffs of such dimensions.
After the summit meeting between the leaders of the U.S. and Russia earlier this week, tensions and uncertainty will likely increase, and so will industry supply chain risk factors. Indeed, this a time for cooler heads and practical minds.
This commentary is not designed to be political. It is a reminder that like it or not, industry supply chains have global interconnections and value-chain dependencies.  Sudden, unplanned, or mis-informed changes to such interdependencies and developed capabilities have individual business, industry, and other consequences which politicians may not grasp until painful impacts occur.