This supply chain management industry analyst recently had the opportunity to attend the Connected Things 2017- Accelerating the Adoption & impact of IoT for People, Places & Things conference, sponsored by the MIT Enterprise Forum of Cambridge.  This Supply Chain Matters posting shares key highlights, observations, and insights this author gained from the various sessions.

This was a one-day conference designed to exchange the latest thought leadership and information exchange regarding the current state of Internet of Things (IoT) technology strategy and deployment. The conference, as noted in the dedicated conference web page, included a format of keynote presentations from senior technology executives and market influencers along with seven different panel discussions directed at key IoT challenges and topics. From this author’s lens, the content was outstanding and very timely, and brought forward consistent themes related to this growing area of technology interest. Judging from the overflow crowd of conference attendees traveling from different regions and just before a forecasted major snowstorm across the New England region, IoT is obviously a top-of-mind topic within many an industry setting, including industry supply chains.

The opening keynote delivered by Harel Kodesh, Vice President, Predix and CTO, GE Digital provided a very timely context for how a manufacturing company such as General Electric is aggressively moving toward a journey to be an Industrial Internet and digital transformation company. This blog has provided several prior commentaries related to GE Digital and its development and rollout of the Predix operating system, and Kadesh’s keynote brought this all together. As an example, GE declares that it will have upwards of 68,000 of its jet engines and 10,000 turbines connected by Predix in three years. Another GE Digital initiative looks to railway locomotives serving as a “data center on wheels” in areas of data sharing not only on equipment and train operation but on the sensing and reporting of rail right of way data, such as the condition of agricultural farms and fields. An important key message reinforced by GE is that upwards of up to 40 percent of operational performance data generated by equipment is spurious, subject to cleansing or deletion. That reinforces the need for the Edge level, or as GE refers to the Digital Twin system, to serve as an actual data rationalization compute mode. We view this as a very important consideration for any form of supply chain or service management focused IoT digital transformation initiative.

The keynote from David Friend, CEO of BlueArchive, and former founder of Cloud storage provider Carbonite, provided clear reinforcement that Cloud based data storage will indeed transform to a utility model in the not too distance future. The current impediment is a generally accepted standard data exchange API for IoT driven processes to integrate with.  Friend’s remarks further reinforced the need for operational data cleansing at the Edge layer, along with today’s overriding concerns for increased data security standards as well as increased data speeds across all the levels involved in an IoT deployment. As an example, Carbonite today manages 500 million storage requests daily.

SAP executive Alan Southall, Vice President and Head of SAP IoT Predictive Maintenance, reinforced that engineers currently do not trust raw data emanating from an asset, and that SAP recently launched SAP Leonardo to be an IoT platform data management system to manage and mitigate semantic data flows from the physical asset to actual business applications. (This analyst recently received an SAP briefing regarding SAP Leonardo design and capabilities) SAP is further working with pilot customers on areas such as machine learning, as well as automated analytics. Southhall also reinforced the message that Edge systems require military grade data security.

We managed to sit-in on three separate panel discussions including one focused on IoT Analytics, Industry 4.0 impacts on legacy industries and the all-important, physical, and cyber security viewpoints.

Regarding an IoT analytics framework, we sensed a consensus viewpoint outlining a tiered analytics strategy, with smart assets and connected devices managing local processing and Cloud-based platforms serving as additional data aggregators and insights engine at high levels of more predictive event context. Regarding the long-term impact of analytics, panelists concurred that industry transitions are already underway but additional challenges need to be addressed in how to better automate data consolidation and aggregation, and yes, the need for more comprehensive network-wide data security practices and standards. Noted was that a lot of industry development right now is focused on Edge systems, namely decisions needing to be made at the machine or manufacturing layer, an initial step in helping organizations to be prepared for later enterprise-wide, IoT digital transformation efforts. A reality remains that most machine-level data resides in industrial environments primarily protected behind-the-firewall.

We were very pleased to hear one panelist declare: “Don’t give me more data- give me smarter data.”

One other theme expressed on this blog in multiple prior commentaries, is the belief that, like other data-focused technology automation transformations of the past such as RFID adoption, ultimate ownership of data remains a big challenge yet to be sorted out. For instance, original equipment manufacturers or digital services providers are positioning strategies based on aggregation and ownership of equipment data for business process management or digital transformation business model needs, while data generators of the equipment declare that actual customers already own such data.  One example mentioned by a panelist is within agriculture settings, where seed providers have been collecting vast amounts of data to provide managed services related to crop yields, while not making such data available to the same specific farms without a bundled service.  In our blog commentaries, we have portended similar conflicts yet to play out in industries such as commercial aircraft, where airlines will claim ownership of their own operational performance data.  Obviously, a period of transition and sorting out must evolve.

Again, this was a beneficial and informative conference addressing a transformative but still young technology with more iterations to come.  Conferences such as these helps in cutting through some of the hype, focusing on key challenges and needs, while providing learning from those in multiple roles of moving such transformation forward. 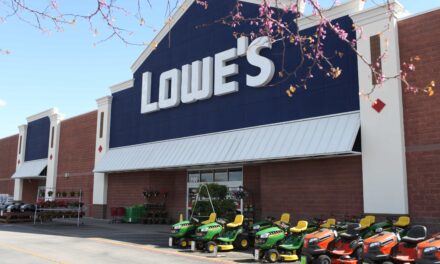