The Supply Chain Matters blog, with the presence of Bob Ferrari, Founder and Executive Editor, has provided highlights and insights from the Oracle OpenWorld 2019 conference held in San Francisco last week. 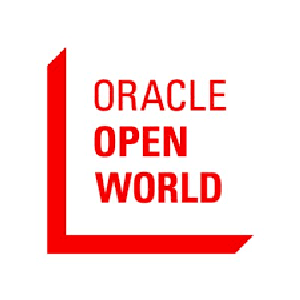 The Part Five commentary highlighted other sessions and/or topics that are likely of interest to our global readership, including an Oracle Cloud ERP-EPM update and the announced added functionality to the Oracle CX Unity Cloud application.

This commentary represents our customary Supply Chain Matters overall summary impressions of the 2019 Oracle OpenWorld in the context of prior OpenWorld’s.

As with OpenWorld themes from the past five years, the 2019 event was again a Net Change report of progress on Oracle’s march toward Cloud based computing, database and Cloud native applications.  OpenWorld 2018 was about the continued development and maturation of Oracle Cloud capabilities in infrastructure, database and Fusion Applications, along with the introduction of the Gen 2 OCI Cloud Infrastructure. This year’s conference generally had a similar theme of added progress, but candidly, seemed to lack some of the zest of the prior instances.

Our belief is that some of that was the noticeable absence of Co-CEO Mark Hurd, who often provided an enthusiastic presence and executive level persona to this event. Prior to this year event, Oracle announced that Hurd was forced to take an indefinite leave of absence due to health matters.

Midway into his second Fusion Applications keynote, Larry Ellison was overcome by genuine emotion and had to briefly pause his remarks, indicating the absence of his dear friend Mark Hurd has had a personal impact. This Editor has been attending Oracle OpenWorld’s for the past 17 years, and this was the first time ever observing Oracle’s founder overtaken by genuine emotion. It was a poignant moment.

This industry analyst again sensed both an intent to be an aggressive competitor in the Enterprise Cloud platform and software applications marketplace but with a renewed emphasis to compete on the notions of bullet-proof information security protections, more robust applications, simpler paths to the Cloud with more user-friendly, highly productive systems. That includes a continued maturity and robustness of Oracle SCM and ERP Cloud suites.

While Ellison again re-iterated that Oracle is uniquely positioned for growth in the Enterprise Cloud double-digit growth market segment, the company’s sales momentum is not meeting Wall Street expectations.  Hence, there is a need for added market aggressiveness.

That aggressiveness was manifested with the announcements of the Oracle Autonomous Linux operating system, a deeper Oracle and Microsoft partnership focused on deploying complex Cloud computing environments across heterogenous on-premise and Cloud environments. As in previous OpenWorlds, Ellison personally complimented Microsoft for its solid technology and declared that both companies have a solid relationship.

Further announced was Oracle Cloud Free Tier, termed Always Free services for any company desiring to test drive Oracle Autonomous Database and Oracle Cloud Infrastructure—all of the essentials for developers to build and maintain complete applications on Oracle Cloud. In essence, while other Enterprise Cloud infrastructure providers may provide a complimentary 12-month trial of their relational database, Oracle’s Always Free Autonomous Database has now been declared always free for as long as it is used.

The above are indeed aggressive steps designed to capture the broader attention of CIO’s and IT management groups to not only consider the adoption of new Oracle applications but the complimentary Cloud infrastructure as-well.

This year, Ellison provided very direct comments addressing SAP, Oracle’s largest competitor in the on-premises ERP sector. By some, it might be perceived as a back-handed compliment.

According to Ellison, SAP, while having acquired several Cloud applications companies over the years, “somehow forgot to rewrite their applications for the Cloud.” Instead, SAP focused on developing a database, called HANA, to compete with Oracle’s database, and according to the CTO, effectively told customers: “We want you to move to the same old applications you had before, but now they’re running on HANA.” He continued: “They don’t have Cloud ERP applications, and they certainly don’t have a Cloud platform. We think that’s a huge opportunity for us. Thank you, SAP, for doing that.”

The above are obviously very direct comments regarding a high-profile competitor, and from our lens, will continue to afford SAP customers evaluating their paths toward business digital transformation some attractive alternative opportunity paths that were not previously available.

As was the case last year, it was further interesting to hear multiple Oracle executives indicate that SAP has done the market a big favor because it is motivating customers to look elsewhere. As Supply Chain Matters has indicated in prior supply chain technology focused blog commentaries, it is not just Oracle that has benefited, but multiple best-of-breed supply chain tech providers as-well. The question comes down to overall transformation time to benefit as well as risks to business disruption.

A final obvious theme from the 2019 event was more direct messaging that now is the time for Oracle’s legacy on-premise applications and infrastructure customers to actively consider transition efforts. Such messaging was manifested by the theme that the current Cloud application suites that Oracle has developed not only include deeper and broader functionality, but more operating cost efficiency in the notions of significant IT maintenance cost savings. More conversational enabled interactive capabilities linked with artificial intelligence and machine-learning enhancements in information analysis and decision-making add to compelling customers to initiate their transitions.

There is a broad umbrella of Oracle E-Business Suite, JD Edwards, Peoplesoft, Demantra, and other applications that are the target of such messages. What’s interesting is that up to now, a stated 75 percent of new customers do not have any prior history with Oracle applications. That statistic reinforces a vast opportunity still remaining if existing legacy application customers initiate movement to native Cloud applications. One would surmise that Oracle providing adding monetary incentives would help in the motivation, but that appears unclear at this point.

Supply Chain Matters was equally impressed with the look, feel and interactions of the new Redwood user interface and we believe Oracle customers will have attraction as-well. What was impressive this year was that the full visual effects of this year’s OpenWorld, whether that being signage, backdrops, PowerPoint or solution expo, all reflected elements of Redmond. Well done.

This concludes our Supply Chain Matters direct coverage of the 2019 Oracle OpenWorld conference. In the remaining months, we will be further expanding on Oracle technology efforts in Cloud-based ERP, Supply Chain, and unique autonomous computing and applications enhancement strategies in dedicated monthly commentary.

Disclosure: Oracle is one of other clients of the Ferrari Consulting and Research Group, the parent of the Supply Chain Matters blog.