Apple formally reported its fiscal Q2-2017 financial performance this week, and continuing our Supply Chain Matters tradition, we add some supply chain perspectives to this latest performance. The world’s most admired and most watched supply chain warrants continual observation. 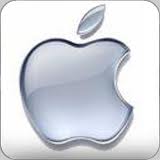 The Company posted quarterly revenue of $52.9 billion compared to revenue of $50.6 billion in the year-ago quarter. International sales accounted for 65 percent of the quarter’s revenue, which is continued reinforcement of where Apple’s growth markets reside. However, reviewing detailed performance for key growth regions reflects concerns for sales momentum:

Greater China– a 14 percent year-over-year sales decline as well as a 34 percent decline from fiscal Q1.

Rest of Asia Pacific– a 35 percent decline from fiscal Q1

Wall Street research reports such as Seeking Alpha report that China local smartphone manufacturers Oppo and Vivo have had robust sales growth at lower price points which are attributed to Apple’s declining momentum in the country. Some in investment circles question whether Apple has a viable growth strategy for China, given the level and price and performance points among local competitors.

A couple of years ago, this author put forth the premise that Apple’s supply chain serves two primary purposes- one being customer needs, the other being the fuel to sustain the growth of services and content related revenues. That strategy is obviously working.

iPhone volumes in the latest quarter were reported as 50.8 million vs. a 51.1 million performance in the year-earlier quarter. Apple reported that during the recent quarter, channel finished goods inventory was reduced by 1.2 million units, compared to a channel reduction of 250,000 units in the year earlier period. That action likely implies that supply chain planners are preparing for the introduction if the highly anticipated 10th Anniversary Edition iPhone later this year, and thus are trying to ensure that channel inventories do not exceed new product introduction targets. Apple reported exiting the quarter well within the target of 5-7 weeks’ channel inventory.

To offset volume declines, average ASP was reported as $655, up from $642 in the year ago quarter. That reflects a sales execution strategy that continues to prioritize margin performance.

In the briefing to analysts, Apple executives further indicated that the product mix planning imbalance involving the iPhone 7 Plus and the iPhone 7 that occurred in the holiday quarter took some weeks to resolve, but balance was restored in the latest quarter.

The other closely watched iPad volume performance reflected 8.9 million units sold vs. 10.2 units sole in the year earlier period. Apple recently made price adjustments to the iPad product line-up to spur added sales volume. In the financial performance update with analysts, Apple indicated that there were some supply constraints with the product during the quarter. Channel inventories were reported as flat during the quarter.

Operating income was reported at $14 billion while net Income grew 5 percent year over year to just over $11 billion. The takeaway headline for business and Wall Street media was the overall cash position, which reached $256.8 billion in the recent quarter, a sequential increase of nearly $11 billion. That overall number rivals that of some foreign countries, as well as very large corporations, and continues to fuel lots of speculation regarding Apple’s next strategic move. And, a good majority of this cash sits in overseas accounts, forcing Apple to borrow money to fund existing U.S. investments.

If you have been keeping-up with our various Supply Chain Matters blog commentaries related to Apple over the past few years, you would likely get the impression that the supply chain strategy is to strive to have the lowest cost, yet market to be the premium brand. That includes leveraging its vast unit volumes to continuously extract price concessions from suppliers, and to source all volume manufacturing within China where direct labor costs, although increasing, are still quite attractive over developed market regions.

In this latest quarterly financial report, Apple went out of its way to stress its ongoing investments in the U.S. economy, indicating that the company spent more than $50 billion among U.S. suppliers, developers and partners and supported more than 2 million jobs, including the 80,000 with the Cupertino area. That is a wide swath of data collection. One wonders what the total jobs number is across China and other lower-cost regions.

In a move, likely to placate the current Trump Administration political environment, CEO Tim Cook disclosed shortly after the report of financial results that his company would later this month formally announce the creation of a $1 billion fund to promote advanced manufacturing jobs in the United States. He further indicated that the May announcement will include identity of the first company chosen to invest in.  Do not be surprised if that company turns out to be an existing contract manufacturer.

Let’s also keep this announced investment in some perspective, namely that it represents a rather small percent of existing cash. To draw just one comparison, in the recently completed quarter, the company allocated a total of $10 billion to repurchasing of its stock and on dividend payments. That is just one quarter’s investment. According to a report by The Wall Street Journal, since 2012, Apple has allocated $200 billion of cash to shareholder interests.

Above comments aside, we do compliment Apple on its advanced manufacturing investment decision.

Turning our lens to the remainder of 2017, all eyes will be turned to product development efforts related to the highly anticipated 10th Anniversary Edition iPhone, with many industry observers anticipating lots of consumer pent-up interest to upgrade to this edition.  That again places more challenges on both product development and the supply chain teams. Product development is likely being influenced to pack as much new innovative technology, such as OLED screens and new software features such as augmented reality into the new models. Supply chain teams want to ensure that product designs were factored for design for supply chain considerations and to avoid the product mix planning snafus that occurred with the introduction and actual sales trending of the iPhone 7 Plus. As we have continually observed, the supply chain has continuously had to overcome initial manufacturing yield challenges with component designs that push the technology envelope. The next three quarters will likely be no different.

Obviously, more chapters to be written in the case study of Apple.

The Rebranding of APICS- What is This All About?

Yet Another Concerning Commentary of Supply Chain Bullying