Strategic Move to Protect a Technology and its Supply Network

In early April, global automotive manufacturer Toyota indicated that it would offer free access to the company’s hybrid gasoline-electric patents through the year 2030. The move is a strategic effort to influence the market and protect the supply network. 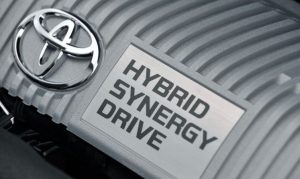 In April, Nikkei Asian Review reported Toyota’s plans to provide royalty-free access to the roughly 24,000 hybrid-vehicle patents, up to the year 2030. That plan reportedly includes access to the existing supply network to include motors, power converters and batteries. It will not include patents to the automakers lithium-ion battery technologies.

With Toyota reportedly accounting for a reported 80 percent of the global hybrid vehicle market, the move can be obviously viewed as insuring technology dominance. Up to this point, Toyota has diligently protected its Hybrid Synergy Drive patents, excluding other automakers from replicating such technology. Several years ago, when Ford was scrambling in efforts to develop and introduce a hybrid powered sedan, initiated strategic talks with Toyota for shared technology, only to be disappointed by then proposed high patent royalty costs. Excluding competitors for this long implies that many other global players have already initiated alternative technology alliances.

Up to this point, Toyota had licensed its hybrid technology to automakers Mazda, Nissan and Subaru.  With more and more global based players, especially those catering to Europe and China’s automotive markets, scrambling to introduce new alternative energy powered vehicles that will meet or exceed emission standards, Toyota’s offering could be an attractive alternative in terms of cost-effectiveness,  product rollout and time-to-market. On the other hand, some auto producers may view the proposal as risky and too dependent on a potential market competitor.

A more perceptive perspective came from Dan Neil, Gear and Gadgets columnist for The Wall Street Journal. In writing a review column for the new 2019 Toyota RAV 4 Hybrid. Neil noted that the offer of royalty free hybrid technology patents that Toyota reported invested $15 billion to develop, effectively means that brands like General Motors, Ford and Fiat-Chrysler Automobiles could pattern a generation of hybrid power trains for new cars and trucks.

Neil further cited auto industry analyst John Voelker observation that previous exclusivity made the Toyota hybrid supply network vulnerable to disruption, or as we would term, supply network risk. Voelker described the added benefit that releasing the patents will provide added customers for individual suppliers to stabilize their businesses beyond Toyota’s market ups and downs.

The latter strategy resonated and that is why we elected to highlight this development on Supply Chain Matters. Sometimes, it becomes strategically important to protect the supply network. It is a different manifestation of strategic supply Keiretsu, insuring joint process and product collaboration, without the financial holdings.  It manifests strategic supply risk mitigation.