In last week’s commentary we echoed comments from observers that described a logistical nightmare that could undermine the best laid plans for the all-important holiday fulfillment surge period.  One week later, various media and on-the-ground reports paint a picture indicating that the crisis is worsening and that retailers and manufacturers are well into contingency scenario planning. The situation has further spread to other ports including Seattle and Tacoma, with a report indicating that truck queues at Tacoma stretching several miles long. On this Friday afternoon there is no doubt that Sales and Operations and supply chain execution teams are manning the phones, terminals and supply chain business network systems to figure out their scenario options.

A report this week from business network CNBC clearly points to the confluence of forces undermining this building crisis. Shipping companies and port operators are pointing their fingers at the ILWU labor union for orchestrating work slowdowns in the shadows on ongoing labor contract talks.  A spokesperson for west coast port operator, Pacific Maritime Association (PMA) is quoted as indicating that terminals that had averaged 25-35 moves per hour were experiencing less than 10.  Yesterday, the PMA indicated that the union was not dispatching adequate levels of highly skilled crane operators to unload ships. Union representatives are pointing to a severe shortage of truck chassis and of truck drivers as causes.  As of yesterday, a report indicates that 14 ships are now anchored off Los Angeles and Long Beach waiting for space, double the number of last week.

The National Retail Federation (NRF) is now seeking the personal intervention of President Obama citing an obvious sudden change of tone among the PMA and the ILWU and suggesting a full shutdown of every west coast port may be imminent.

Regardless of the finger-pointing, the situation has fast become the perfect storm scenario that many had feared and industry supply chains need to deal with the realities. This perfect storm has a strong potential to cascade further into the upcoming holiday fulfillment surge, dragging consumer product manufacturers into the effects.  Need we painfully remind our readers that the Black Friday and Cyber Monday shopping events is a mere three weeks from today.

A published report in today’s edition of The Wall Street Journal indicates that Wal-Mart and Kohl’s had shipments arrive earlier than usual, and while caught-up in the current crisis, delays are not having a major impact on current merchandising plans.  In contrast, the parent of Ann Taylor and Loft stores blamed a shortfall of sales in the recently completed quarter because of delayed shipment and the shifting of inbound goods to more expensive airfreight channels. These are all indicators of the impact of proactive risk planning on the part of retailers. However, larger retailers often have the resources to be able to cushion disruption or finance earlier pre-holiday inventory movements than smaller or cash-strapped brick and mortar or online retailers.

We therefore re-iterate that retail supply chains are now too-deep into the holiday execution window with little tolerance or patience for finger-pointing or posturing. Even if labor contract talks were to come to a hasty final agreement, which is now not very likely, it will do little to salvage the current backlogged condition. It will take additional weeks to dig out of the current mess.

Supply chain teams need to be in full-on contingency planning mode since supply chain execution is now the bogey of the all-important holiday business goal revenue attainment. For some retailers, financial survival is at-stake.

The obvious question now turns to making good on critical holiday focused revenue expectations. From our lens, last year’s last-minute shipping snafu’s for destined holiday goods are in-jeopardy of repeating. Retailers who did not plan for the current crisis will have to figure out ways to offload products in December leading to our previously described doomsday scenario- that retailers delay their most aggressive promotions until the very last days before the Christmas holiday when inventory is hopefully in-place.

The west coast port crisis by default, now engages FedEx, UPS and other surface and air carriers as retailers turn the emphasis toward priority movements and just-in-time inventory offload promotions. Further, it will be especially interesting to observe how Amazon, Google, Wal-Mart and other large online players respond or take competitive advantage to the developing logistics perfect storm scenarios.

As for port operators, organized labor, ocean container lines and their logistics partners, best you address and solve the confluence of forces that resulted in this muddle.  Yes, ongoing labor contract negotiations are a factor, but there are other industry shortcomings becoming evident that point to lack of proper surge planning.

Last year, UPS, and to some extent FedEx, were thrown under the proverbial bus by retailers for non-performance at the most critical time period. In 2014, the creditability of west coast ports and indeed the surface shipping industry is at-stake for being the Grinch’s of Christmas.

Wal-Mart’s Online Fulfillment Plans Are Under the Looking Glass 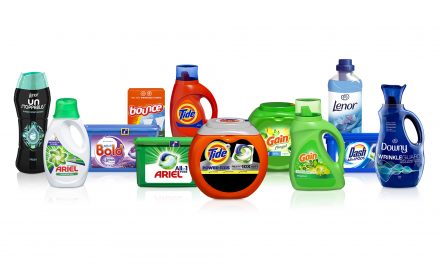