Across the United States, besides the U.S. team’s accomplishments in the World Cup competition, another dominant traditional and social media based news headline reflects of the incredible number of automobiles and trucks being subject to product recall.

The primary story focuses on General Motors, which after intense scrutiny from U.S. regulators and legislators regarding faulty ignition switches among multiple models, is recalling all sorts of models that are believed to have been exposed to a component design problem, faulty ignition or otherwise. Thus far in 2014, GM has announced 44 product recalls involving nearly 18 million previously sold vehicles. Today’s social and business media buzz blares that the vehicles been recalled thus far is more than the total number sold in the U.S. in 2013.

In a previous Supply Chain Matters commentary, we called attention to product recalls involving airbags supplied by Japan based Takata Corp. that were expected to expand and involve millions of affected vehicles. Today, both Honda and Nissan recalled close to an additional 3 million vehicles worldwide to repair the subject airbag problem, bringing the total number involved with the airbag defect to roughly 5 million vehicles.

An article syndicated by the Washington Post News Service features the headline: More than 1 in every 10 vehicles on the road has been recalled since January.  That articles notes that the defects range from rather serious (faulty ignition switches, overheating exhaust parts, power steering problems) to other problems where automakers are now highly sensitized to any potential liability problem. This article goes on to note that in the spirit of crisis bringing opportunity, that there may be an upside of this extraordinary situation: “ … meaning that dealers get to have their old customers back in the showroom.  There, they can show off the new models and, at minimum, be in a position to sell drivers on some repairs they previously were not considering.”

This author, for one, was completely floored by the above statement.  Are you kidding me!  One in every ten vehicle owners being inconvenienced to have to make a service appointment and bring their vehicles for service, and dealers have the “blank” to try an upsell these consumers?

Beyond the lunacy of such statements, there is a parallel and very critical challenge about to happen.

Automotive service focused supply chains are going to be exercised to their biggest stress test, ever.  All of the subject recalled vehicles will require some form of a repair part, one that has hopefully, been correctly modified to remediate a suspected problem. The sheer numbers imply that some inventory will have to be re-allocated from those destined to support ongoing production schedules for newer vehicles. In some cases, necessary repair parts will not be able to meet overall demand, and dealers will have to be very careful in scheduling service appointments and setting customer expectations.  During Toyota’s past product recall crisis process involving unattended sudden acceleration, Toyota worked directly with its dealer network to coordinate extended service hours for consumers, including nights and weekends.  Coordinated round-the-clock efforts among certain component suppliers and respective dealers were directed at insuring repair parts were adequately distributed and vehicles were scheduled for repair based on availability of necessary parts.

In short, the folks that do necessarily receive all the hero badges, those directly supporting service focused supply chains will be called upon in the coming weeks to literally save brand focused reputations.

Last week, Supply Chain Matters was invited to attend the PTC Live Global 2014 customer conference held in Boston.  One of PTC’s product suites is technology focused on Service Lifecycle Management (SLM) which has been amassed from previous acquisitions of vendors such as Servigistics, MCA, Kaidera, Xelus and others. In one of the sessions, PTC executives noted that expectations have never been higher on the customer and business side of service management. Yet, service management tends to suffer from immature business processes, not from a lack of dedication and effort, but rather a lack of broader understanding to the importance of service management.  Mingling in the hallways and networking sessions, we once again had an immediate sense of how dedicated these people are, and also how unappreciated and frustrating their efforts can sometimes be.

Across automotive, the service focused supply chain will be put to its largest and most expansive stress test from the scope of sheer numbers of vehicles and information required to coordinate service scheduling needs.  Some will rise to the task at hand.  Some will not.

One fact is very clear- auto dealers are advised to take-off their sales hats and concentrate on service and customer satisfaction efforts, in all dimensions.  That includes a very close, almost intimate relationship with those dedicated professionals who plan, manage and fulfill service parts planning and order fulfillment. Forget for the time being, the algorithms and calculations related to mean time between part failures.  It is going to be “all hands on-deck” augmented by information coordination and supply chain intelligence that separates the best in class performers. 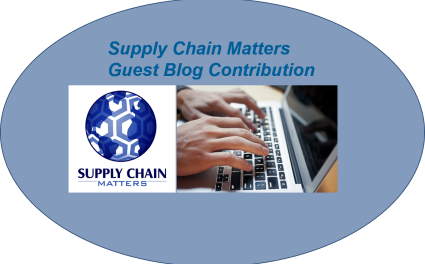 Added Escalation of Trade and High-Tech Supply Network Tensions Among U.S. and China