As we continue deep dives on the remainder of our 2017 Predictions for Industry and Global Supply Chains, we have fallen behind a bit on some other noteworthy supply chain news and developments. This being Friday, this Editor wanted to catch-up.

One event that we wanted to highlight in this blog was last week’s meeting with U.S. regulators and the disclosure from Samsung of its investigative efforts to seek the root causes of the battery explosions and fires that impacted that firm’s newly announced Galaxy Note 7 smartphone. These incidents caused the recall of all 2.5 million produced Galaxy Note 7’s and the unprecedented decision to suspend all subsequent sales of this model. The irony was that this model phone had received rave product reviews prior to its market release. According to various published reports, Samsung conducted its investigation with the aide of two independent quality control and one supply chain analysis firm.

The report outlines what many of our readers can relate to as a series of cascading supply chain focused snafu’s. The findings were announced after testing 200,000 devices and 30,000 batteries in a special charging and recharging test facility fitted for the task.

The initial phones released in August were fitted with lithium-ion batteries supplied by Samsung SDI, one of the electronic component subsidiaries of Samsung Electronics. The investigation revealed that the SDI batteries were irregularly sized and there wasn’t enough room between the heat-sealed protective pouch around the battery and its internals. This disparity apparently led to battery shorting, overheating and the subsequent fires.

A secondary supplier of batteries was Amperex Technology which produces its batteries in China. This supplier was originally tasked to supply batteries for the China version of the Note 7. As Samsung began to sense a disturbing pattern of fire incidents related to its initial phones, it recalled the devices while urging Amperex to ramp-up production of more batteries to re-fit customer replacement phones with the alternative Amperex battery.

To the likely frustration of many product focused managers, these second issue phones also experienced battery overheating and fires. The second series of battery fires prompted the decision in October to pull the plug on this model.

The investigation of the Amperex batteries points to manufacturing inconsistencies. According to a posting by Wired, some cells were missing insulation tape, and some batteries had sharp protrusions inside the cell that led to damage to the separator between the anode and cathode. The batteries also had thin separators in general, which increased the risks of separator damage and short circuiting. Wired further provides a detailed review of all the other technical issues brought forward in the investigation and similarly cites a subsequent published report by The Wall Street Journal, reporting that Samsung had misdiagnosed the problem when issuing the first recall.

Samsung reiterated during the press conference that it found no irregularities with phone features that may have “helped” the battery overheating issues. However, the consumer electronics mobile chief, D.J. Koh, half acknowledged some product design process deficiencies:

“To produce an innovative Galaxy Note 7, we set the goals on battery specifications. We now feel a painful responsibility for failing to test and confirm that there were problems in the design and manufacturing of batteries before we put the product out to the market.”

To address regulator concerns as to how Samsung will avoid future incidents, the manufacturer has established a new eight-step process that includes supplemental testing, inspections and manufacturing quality checks, among other measures. As for its own phones, the company is designing a new compartment to give batteries more space inside the phone to avoid damage from physical drops. Koh finished the event by saying that Samsung will share its lessons with the entire industry to improve overall lithium-ion battery safety

But, as we all probably know, major damage has been done to the Samsung brand, and this recall alone will cost the company upwards of $5 billion.

One of the more insightful reports concerning this Samsung recall came from the New York Times. (Metered view) The Times authors posed the question:

“How could such a technologically advanced titan — a symbol of South Korea’s considerable industrial might — allow the problems to happen to begin with?”

Noted was that Samsung, like South Korea as a whole fosters a top-down, hidebound culture that stifles innovation and buries festering problems.  Cited is a former Samsung employee who states: “In the Samsung culture, managers constantly feel pressured to prove themselves with short-term achievements. Executives fret that they may not be able to meet the goals and lose their jobs, even when they know the goals are excessive.”

The Times spoke with Samsung officials, who spoke on the condition of anonymity while the Note 7 investigation was being completed. Their reported observation was:

“With the Note 7, Samsung pushed its business model, as well as its technology, to the limit… Driven by the desire to prove it was more than a fast follower of Apple, Samsung rushed the Note 7 to market ahead of Apple’s iPhone 7. To fend off Chinese competitors like Huawei and Xiaomi, it packed the phone with new features, like waterproof technology and iris-scanning for added security.”

“Samsung’s insistence on speed and internal pressures to outdo rivals in part signal a breakdown in the ability to truly innovate and push out new ideas, critics say. In place of big new ideas, Samsung focused on maxing out the capability of components like the battery. That philosophy, which worked to keep Samsung on the heels of the likes of Apple, simply is not as effective as Samsung tries to push ahead, they argue.”

As noted in our most previous Supply Chain Matters commentary related to the Note 7 incident, Samsung achieved a significant $5 billion in profitability in its latest quarter. That had more to do with the performance of the Samsung Electronics component businesses as opposed to the Mobile business.

We wonder aloud if the observed flaws in corporate culture and its consequent implication to management’s ability to manage and weigh risk factors will be a lost memory because of its recent financial performance.

Somewhat similar to Volkswagen and its emissions cheating incident, the real question comes down to long-term damage to the brand, and to the ability to recruit talent and leadership willing to make the right decisions for both the business as well as customers and supplier partners.

In the minds of consumers and customers, product and supply chain component integrity and safety trumps all other concerns. 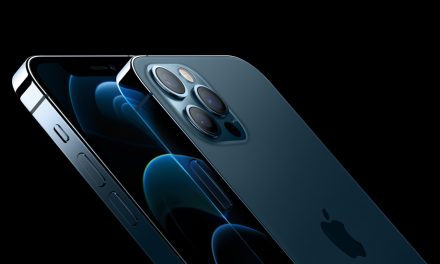