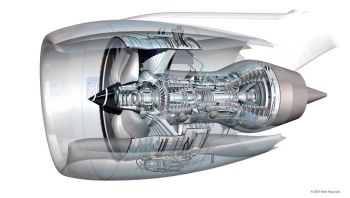 Aircraft engine manufacturer and services management provider Rolls Royce has announced a corporate restructuring that involves a job reduction that impacts upwards of 4600 positions representing over 8 percent of its existing workforce.
The move is yet another example of activist investors seeking added return of investment in a shorter time period. This development also comes as the aircraft engine provider is facing a rather challenging period in dealing with ongoing engine operational performance challenges and in supporting the needs for new engines. 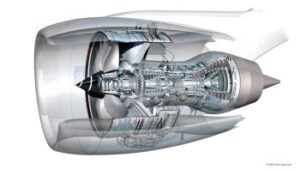 A U.S. based activist investor became the largest shareholder in 2015, was granted a board seat in 2016, and the company’s chief executive has been under constant pressure to improve profitability. The chief executive indicated that this week’s restructuring marks “a pivotal moment” for the company to both prepare for the future as well as boost cash generation.
Ongoing Operational Challenges
Rolls Royce is one of two primary suppliers of large and highly sophisticated aircraft engines powering wide-body aircraft such as the Airbus A380 and the Boeing 787. There has been an ongoing issue involving premature wear leading to cracks within fan blades related to the Trent 1000 Package C engines that power the Boeing 787.
This issue has caused operational disruption for multiple airlines flying the 787 on scheduled routes, because of needs for increased engine inspections and potential maintenance.  Reports that we have read indicate that new blades to address this ongoing issue are not expected until late this year. The current situation has prompted airline regulators to reduce the extended-range clearances causing airlines to have to either switch-out aircraft or adjust routes. One Bloomberg report published at the end of May indicated that the number of 787 Dreamliners parked could peak to a total of 50 from current levels of mid-thirties as aircraft await repairs. The operational issue has some spillover effect in supplying engines for new aircraft. A key Boeing executive has been shuttling among Rolls Royce facilities in effort to assist the engine provider to manage the escalating engine problems.
According to a published report by The Wall Street Journal, Rolls estimated in March that the company anticipated and additional £340 million in cash costs related to additional inspections and fixes.
Such a situation adds additional challenges for not only company and supply chain leadership, but to teams responsible for product design, management, manufacturing, and services management.
The broad umbrella of supply chain capabilities is driven and must respond to customer needs. Responding to activist investor desires can add to the such pressures if not managed with bold leadership. Then again, many in the aerospace supply network ecosystem experience such forces.