This weekend featured some significant news directly focused towards aerospace and commercial aircraft supply chain dynamics. The first is the announced acquisition by Rockwell Collins to acquire B/E Aerospace, and the other was the announcement of another round of significant headcount reductions at Bombardier, which will be highlighted in a subsequent posting. 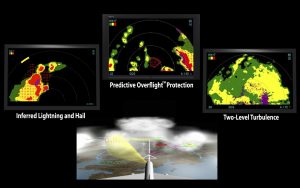 This cash and stock deal will obviously require approval from global regulators and represents a reported 22 percent premium to the closing price of B/E stock on Friday. From the lens of Supply Chain Matters, the deal further represents an evolving trend of key suppliers attempting to gain greater leverage in strategic product design and supply arrangements among global aircraft manufacturers.

In our ongoing multi-year coverage of commercial aircraft supply chain related developments, we have continually pointed out the extraordinary circumstances of an industry that has designed and manufactured a new generation of more technology laden, far more fuel efficient new aircraft. This has led to the enviable position of having order backlogs of upwards of $1.5 trillion that extend outwards of ten years. At the same time, an industry with a track record of prior challenges in its ability to more rapidly scale-up overall aircraft production levels are clashing with the industry dynamics of both Airbus and Boeing in their desire to deliver higher margins, profitability and more timely shareholder returns.  Smack in the middle of these dynamics are relationships among suppliers, who need to continue to invest in higher capacity and capability, but whom of-late have had to respond to key customer requirements for larger cost and productivity savings. Further at-stake are the opportunities for benefiting from multiple years of service parts and service focused revenues and margins related to ongoing aircraft operating maintenance needs along with desires to upgrade older aircraft with more Internet connected entertainment and business services.

Yesterday’s announcement indicates that this proposed acquisition significantly increases Rockwell Collins’ scale and diversifies its product portfolio, customer mix and geographic presence. Rockwell Collins CEO Kelly Ortberg indicated to The Wall Street Journal that the combination offered substantial cost synergies and the ability to cross-sell electronics and plane fittings, and positions the combined companies to lead in the development of “smart” aircraft. The latter can be interpreted to mean more connected aircraft in relation to passenger entertainment along with more predictive maintenance and services.

The proposed acquisition further provides more negotiating power and leverage. Readers may recall that in a Supply Chain Matters prior commentary, we highlighted a development in late July when Rockwell Collins issued a public statement directed at Boeing, indicating that the commercial aircraft producer owed Rockwell $30-$40 million in overdue supplier payments representing a breach of contractual supply agreements between the two companies. Rockwell supplies cockpit avionics displays for the Boeing 787 and newly developed 737 MAX aircraft. The CEO of Rockwell openly indicated in his firm’s report of financial performance that Boeing had contributed to Rockwell’s reported financial shortfalls. We interpreted this development as a trend of more aggressiveness among key suppliers.

Similarly, our ongoing commentaries related to the industry have noted that current production shortfalls for new aircraft have come down to more timely availability of interior cabin components such as seats and lavatory outfitting components. This has become a more visible challenge to produce larger, dual aisle aircraft such as the Airbus A350 and Boeing 787.

The announcement points to the additional benefits of the cost synergies among the two companies, indicating the generation of run-rate cost synergies of approximately $160 million ($125 million after tax) over a six-year period.  More than likely, that will reflect elements of both companies’ manufacturing and supply chain related activities.

This latest aerospace and commercial aircraft industry acquisition announcement may, more than likely, motivate additional announcements. It further reinforces our prior advisory for product management, procurement and supply chain teams to best be prepared for the new consequences of added supplier influence and push back via enhanced strategic positioning. The days of one-sided or tops-down supplier management seem to be numbered, especially in industry settings where revenue and growth potential are significant.

A final note relates to smarter machines and service management revenue potential. While original equipment manufacturers are certainly focused on the new business models brought about by more connected machines.   Key component suppliers also understand such potential, and desire their portion of the incremental revenue and profitability benefits, and there lies the next frontier of collaboration and control.