While various industry supply chain teams continue efforts in achieving 2017 year-end strategic, tactical, and operational line-of-business business and supply chain focused performance objectives, this is the opportunity for Supply Chain Matters to look back and review our prior 2017 Predictions for Industry and Global Supply Chains that were published in a research report at the beginning of this year. 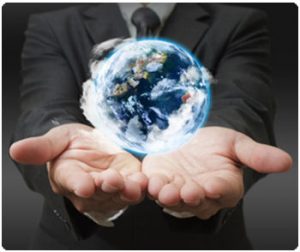 As has been our custom, our scoring process will be based on a four-point scale.  Four will be the highest score, an indicator that we totally nailed the prediction.  One is the lowest score, an indicator of, what-on-earth were we thinking? Ratings in the 2-3 range reflect that we probably had the right intent, but events turned out different. Admittedly, our self-rating is subjective, and readers are welcomed to add their own assessment of our individual predictions.

But now it is time to look back and reflect on what we previously predicted and what really occurred in 2017.

The basis of this prediction was that 2017 would present even more uncertainty and increased volatility for many industry supply chains and that organizations would once again need to be prepared. We were of the belief that supply chain risk factors would significantly rise across many industries and within many global regions, along with needs for educating line of business and senior executives on the supply chain implications of such risks.

Entering 2017, the picture of various indices and benchmarks at the end of 2016 indicated some problematic areas that included double-digit growth in general commodity and fuel costs, and continued strength of the U.S. Dollar.

The widely unexpected election of Donald Trump as the new President of the United States sent out shockwaves around the world. The Eurozone was attempting to deal with the unexpected results of Britain’s referendum vote to exit the EU (Brexit) and with the results of subsequent elections in France and Germany. As it turned out, elections in both of these  countries did not elect majority extremist parties, which was initially feared. The formal process for Great Britain’s exit from the EU began but a snap election in June dealt a severe political setback for the existing government headed by Prime Minister Theresa May. At this writing, Brexit talks appear to be stalled and the Prime Minister’s political standing is being increasingly challenged.

The World Economic Outlook that was published in October 2016 forecasted an anticipated global growth rate of 3.4 percent in 2017. Last month, the forecast was revised upward to 3.6 percent growth with the IMF indicating that the world economies acceleration for this year has been stronger than earlier estimates.  The Chief Economist of the IMF has now observed that growth has been broad-based, more than at any time since the start of the decade. Global uncertainties at the beginning of the year turned out to be not as bad as expected.

Likewise, the J.P. Morgan Global Manufacturing PMI, a composite index and recognized benchmark of global supply chain and production activity which registered a value of 52.6 by the end of 2016, recorded a value of 53.5 by the end of October, reflecting a 78-month high and 0.9 percentage points higher than the start of this year. Global-wide optimism was also reflected in the various regional PMI indices that we have been monitoring.

Thus, and thankfully, a subdued economic outlook did not actually occur. Instead industry supply chain teams were obviously rather busy managing higher levels of overall activity and adjusting to improving conditions. But, as noted in a prior blog commentary, there are important sign posts relative to decreased capacity and inventories as well as elongated lead-times for products.

We further predicted that industry and global supply chains should anticipate yet another challenging year for important competency areas of resiliency, adaptability, and risk mitigation. That turned out to be quite true given the nonstop series of disruptive events that have occurred including increased occurrences of catastrophic natural disaster. We anticipated added pressures for cost controls and cost reductions, which will place additional pressures on capabilities, and that has been clearly evident. We declared that the ability to share important information and educate the business on supply chain impacts and/or risk tradeoffs will be an important differentiator. In all of our travels, coverage and discussions with industry supply chain teams, educating senior management has come-up over and over again.

In summary, overall global growth turned out to be higher than anticipated but risk factors of industry supply chains indeed were very evident throughout the year.

2017 Prediction: A Challenging Year in Procurement with Renewed Emphasis on Strategic and Technical Skill Needs

We predicted that multi-industry supply chains would be managing a period of rising inbound component and service costs with an increased urgency to augment procurement focused skill and talent needs. We were essentially aligned with actual developments on this prediction.

The World Bank’s Commodity Markets Outlook published in October 2017 indicated that prices of industrial commodities continued to strengthen in Q3, while most agriculture prices remained broadly stable. Crude oil prices were expected to average $53 per-barrel in 2017 from the $43 average reported in 2016. The year-earlier forecast called for a $55 forecasted number for this year. Metals prices were expected to surge 22 percent this year due to strong demand and supply constraints. Agricultural prices were forecasted to be broadly unchanged for the year.

We predicted that a challenge for sourcing teams among U.S. based manufacturing firms will be educating senior management on the implications of any added tariffs or trade barriers brought about by the new Trump Administration and a Republican Party dominated Congress.  Those effects were not as extreme as originally feared. The Trump Administration did declare that the United States would not be a party to the Trans Pacific Partnership (TPP) and the ongoing belligerent Make America Great Again stance has spilled over to ongoing NAFTA re-negotiation talks. Prospects for any high-level agreement this year are quickly fading while various industry lobbying groups, especially automotive and agriculture related, are actively arguing against current U.S. NAFTA trade proposals.

There remains a discernable trend by foreign-based firms to increase investments in U.S. manufacturing, negotiating significant tax and trade incentives from various federal and state agencies. That is leading to additional component sourcing opportunities that were not even considered a year or two ago.

We do believe that the role of the Chief Procurement Officer (CPO) did evolve in 2017 in the notions of becoming a broader business advisor with some announcements of senior procurement managers assuming the role of Chief Supply Chain Officer (CSCO).

One of the most significant challenges we raised for 2017 was in skills development and filling-in skill gaps with increased levels of required technical and organizational change management skills based backgrounds.  Procurement teams had already consistently communicated changed skills requirements brought about by procurement’s changed role as being more of a strategic business advisor as compared to transactional procurement execution.  This specific challenge has clearly resonated throughout the year, not only for procurement and sourcing, but in many other business dimensions under the broad umbrella of supply chain management. As many have noted, supply chain organizations are more and more expected to be able to drive or influence business strategy while simultaneously managing tactics.

In our next blog posting in this series we will look-back and self-rate two other of our 2017 predictions.

If clients or readers wish to contribute additional thoughts related to what occurred in 2017 and what to anticipate in 2018, you can contact us via email:

A Supply Chain Matters Podcast with Dr. Parag Khanna, Author of The Future is Asian