There were further developments these past few days concerning Boeing and its ultimate sourcing of its new 777x aircraft production facilities.  Our last update indicated a rejection by the principal labor union in Boeing’s commercial hub of Seattle, precipitating a broad request for proposals involving a number of U.S. states.

According a recently published Bloomberg report, Boeing teams are currently reviewing 54 sites in 22 states after labor union leaders once again balked contract concessions involving a six year window.  Boeing original tactic was to keep 777x assembly and composite fiber wing production in the Seattle area if labor unions would agree to freezing pensions in 2016 and doubling the rate of time workers advance to the top of pay scales.

There are actually conflicting reports as to whether contract negotiations last week involved a new proposal from Boeing management that modified the pay scale maturity window in return for up-front bonus payments to union workers. Both parties seem to be in a verbal spar over technicalities of whether there is a revised proposal that could be again be put before union membership for another vote.  Bloomberg cites a Boeing statement indicating that “union leadership rejected its “best and final counterproposal which included $15,000 in bonuses per member.”

Meanwhile, the governor of the state of Washington is urging labor union leaders to allow another round of balloting regarding proposed givebacks and concessions demanded by Boeing in return for sourcing the new 777x model in the Seattle area, especially since the current model of 777 is produced in this region representing thousands of jobs.

Boeing is now indicating that talks with the union are concluded and the company is quickly moving to make its production sourcing decisions in early 2014.

Thus there appears to be some tough, high stakes negotiating tactics being practiced by both Boeing and its principal labor union. Bloomberg and other financial business media is quick to observe that Boeing stockholders seem to be endorsing these tactics since Boeing stock has gained the highest among the Dow Jones Industrial Average, surging in excess of 78 percent in 2013.  As we pen this posting, Boeing stock closed at $134.72, considerably above the $80-$100 range when negative news concerning the 787 Dreamliner program permeated business headlines. Also announced today was a $50 billion stock re-purchase program along with a 50 percent increase in the current dividend which is bound to appealing to existing stockholders.  Of even further interest is a separate announcement that Boeing is exploring the addition of another 487 acres in its existing North Charleston South Carolina production facility, a non-union facility.

From our lens, we are again puzzled as to whether Boeing has internalized its previous missteps concerning product development and supply chain sourcing, with the importance of the combined skills and interaction of product development, management and production that is needed in a technologically complex aircraft development program such as 777x.  The 787 Dreamliner program is the testimonial of that dependency and its co-location importance.

Indeed there will be further chapters involving the technology deployment and strategic sourcing of the production needs of 777x. It would be disappointing if one of the chapters involved the 2013 implications of a showdown among management and organized labor. 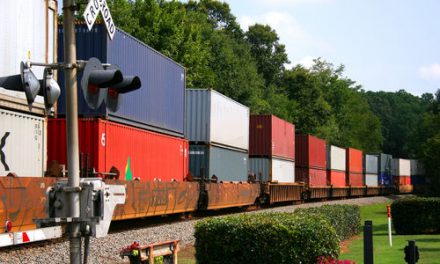