Posted by ferrariadmin | Nov 30, 2016 | Procurement and Sourcing, Transportation and Logistics | 2 |

The Wall Street Journal is reporting that based on it sources with knowledge of the matter, global container shipping conglomerate A.P Moeller Maersk is looking to acquire German based shipping line based Hamburg Sud. The latter owns and charters upwards of 130 container ships it had nearly 6000 employees and $6.7 billion in revenues in 2015.

The WSJ report indicates that Maersk has interest in acquiring the entire business of seventh ranked container line Hamburg Sud to boost its transportation presence in global trade routes across Latin America. The publication had earlier reported that the Oetker family was considering the sale of its shipping interests.

In late 2012, Hamburg Sud had explored a merger with Hapag-Lloyd but those talks subsequently collapsed over pricing and management issues.

In September, parent A.P. Moller-Maersk announced that it would split its current business operations into two separate operating businesses. Maersk Line, the world’s most dominant ocean container carrier would be the center point for a new container transport and logistics division that will consist of other owned businesses such as APM Terminals, Damco and Maersk Container Industry businesses.

If this rumored acquisition of Hamburg Sud were to occur, it would represent yet another definitive sign of more accelerated occurrence of industry consolidation with influence and global scale flowing to the top-tier shipping lines. In a prior Supply Chain Matters commentary we echoed reports indicating that industry leader Maersk would be interested in acquiring another line if the opportunity presented itself. 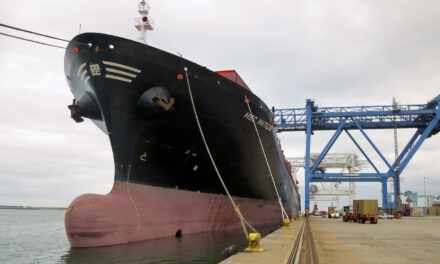 When Your CFO Gets Directly Involved in Direct Materials Procurement Decisions