Report that Boeing has Initiated RFP’s for 777x Production Sites

This is a brief follow-up commentary associated with Boeing’s current efforts in exploring a production site for the newly announced 777x aircraft which is being developed and planned to transport upwards of 400 passengers. Our last specific commentary related to the new 777x noted Boeing’s threat to source design engineering and perhaps production outside of Seattle unless the company could get a supplemental longer-term agreement from its labor unions on wage and benefit costs. Reports further indicated that lobby efforts with the State of Washington resulted in a package of tax and other incentives valued at $9 billion through 2040 in order to keep the bulk of the 777x program activities in the state Washington.

We were reviewing our various Internet focused content alerts earlier in the week and ran across an Associated Press syndicated report that indicates that the Governor of the state of Missouri is calling back legislators to consider additional governmental incentives in hopes of persuading Boeing to source 777x production in that state. The report indicates that the state faces a December 10 deadline to submit its proposals to Boeing.  Obviously other states are bidding for the same massive prize, and the AP article quotes a Boeing spokesperson as indicating that requests for proposals were sent to a dozen locations. The states of Alabama, California, South Carolina, Texas and Utah are among states reported as having discussed efforts to recruit Boeing. The process kind of smacks of an auction, namely who will provide the most lucrative cost incentives.

Another irony is that the majority of the states mentioned already have a significant presence from Boeing, including Missouri, which is where portions of defense related production reside. A previous report from the Wall Street Journal cited Huntsville Alabama, Long Beach California, Charlstown South Carolina and St. Louis Missouri, among two other locations as designated design engineering sites for the new 777x program. That list seems to correlate with the listing of potential states bidding for production, thus co-location of design engineering and production appears to be under consideration.

One of messy and perhaps bitter aspects of the 787 Dreamliner program was Boeing’s decision to open a second production facility in Charlstown South Carolina because of needs to dramatically step-up production in a three year delayed program.  Upon the announcement, Boeing’s principle Seattle based labor unions filed a petition with the National Labor Relations Board (NLRB) alleging that Boeing was sourcing to avoid a union workforce and collective bargaining.  The NLRB later ruled in favor of union arguments and that apparently remains as an overhang of tensions among both parties.

Let’s hope that this type of scenario does not again play out with the 777x. In any case, the drama as to what the supply chain of 777x turns out to ultimately be has many chapters to follow. 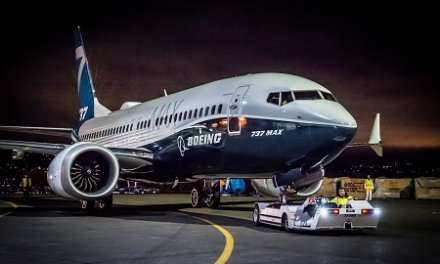 Additional Calls for a Management Shake-Up at Boeing

Airbus and Boeing Shipment and Orders Performance for the First Quarter