As we approach the end of the first full week of April, there are two noteworthy developments that will interest supply chain management teams.

In our prior blog, we highlighted reports of the temporary grounding of upwards of 60 Boeing 737 MAX aircraft due to a suspected manufacturing issue.

This week’s other highly watched development was the result of the worker unionization vote among Amazon warehouse workers in Bessemer Alabama.

The Wall Street Journal is reporting as we pen this update that employees at the Alabama facility have voted unanimously not to unionize. The publication made its declaration after upwards of 80 percent of the ballots had been counted and with a tally that 71 percent of workers voted against unionization. Thus, with the non unionization votes exceeding the total to reach majority, the election was called.

The U.S. National Labor Relations Board (NLRB) however, has not as yet declared the results.

Obviously, this election came with momentous ramifications with some predicting it would be the most significant unionization election in many years. Major political leaders such as U.S. President Joseph Biden and U.S. Senator Bernie Sanders had taken public stances. For its part, Amazon advocated for direct communication: “Direct dialogue is essential to our work environment in which we encourage associates to bring their comments, questions and concerns directly to their management team with the goal of quickly improving the work environment and challenging leadership assumptions.” That stated, the online retailer reportedly engaged anti-union consultants to orchestrate a concerted campaign.

Workers have consistently been voicing concerns as to a rather taxing work environment that requires incrementally high output levels with few breaks.  Prior investigative reports have pointed to the rather high expectations of Amazon’s contracted delivery drivers in daily stops, reportedly forcing some to have to “pee in bottles.” After initially refuting that claim, the online retailer has now apologized and promised to look into the driver situation.

Separately this week, the NLRB ruled on a separate matter determining that two of the online retailer’s internal employees who were prominent critics of the company’s climate and worker policies, were illegally retaliated in April of 2020 in being fired by the company. Both of these employees were part of a small group advocating that the online retailer had to do more to address climate impact as well as the safety of warehouse workers. The group reportedly gathered more than 8700 supporters to support its efforts. The agency indicated it would accuse Amazon on unfair labor practices if the company does not settle the case with these two employees.

If the vote turns out to be as reported, the open question is will this effect other worker unionization efforts that garnered added momentum in the wake of the Bessemer election. Some labor experts indicate an increased groundswell of activity, either in the form of unionization elections or other forms of actions to garner the attention of Amazon’s executives. Reportedly, while some workers do not advocate labor union representation, they do advocate improvement in working conditions.

In other words, the bloom is fading off the rose in regard to Amazon’s massive market power, the reputation for being a rather demanding employer and the large sums allocated for lobbying legislators for Amazon friendly policies.

The online retailer has been shrewd in both becoming a lifeline employer during the darkest days of the pandemic, in granting a $15 per hour minimum wage for all operational workers, which became a Democratic party rallying cry during the Presidential election.  The retailer continue to pursue a strategy in building facilities, warehouses and customer fulfillment centers among major Congressional Districts across the United States, adding to its political clout and influence.

Thus, will be the ongoing developments and consequent news cycles concerning Amazon and its strategies. The company’s incoming CEO Andy Jassy inherits a host of internal and external challenges. High powered lobbyist and public relations efforts can only go so far. This online retailer will have to adroitly navigate these operational and political challenges. But with revenue flows in the billions, the question remains if any institution can throttle a juggernaut. 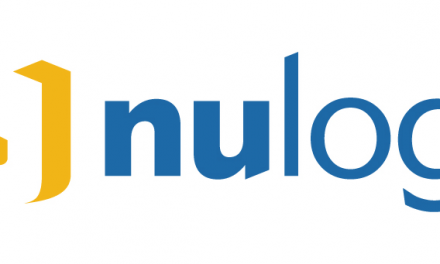 Addressing the World of Agile Customization with Nulogy

Report that Target is Aggressively Moving Away From Amazon Web Services