There is a reported significant development in the Internet of Things (IoT) enabled Industrial Internet technology market segment.
The Wall Street Journal reported today (Paid subscription required) that General Electric is seeking a buyer for key parts of its GE Digital business unit. This development is yet another part of GE’s ongoing corporate-wide reorganizational efforts to unwind current businesses not meeting revised revenue and profitability return objectives. 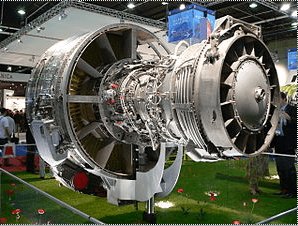 According to the report, the conglomerate has hired an investment bank to conduct an auction for the operations of this unit.  Citing informed sources, the WSJ indicates that GE Digital: “produced $500 million or more in revenue last year and lost money..” Further reported is that this move to unload this business unit is symbolic, in that the software unit was key to the strategic vision of former CEO Jeff Immelt. The report does caution that it is not clear at this point, what exactly is to be auctioned and how much would be generated by such an auction.
GE Digital was formed in 2015 with a goal to transform GE into a digitally-enabled software services and manufacturing focused company. That included a bold decision to move GE corporate headquarters to the innovation district on Boston’s seaport. The unit created and marketed the Predix, operating system for what was termed as the Industrial Internet. Along the way, acquisitions of Meridium, software that predicted machine failure, and ServiceMax, software supporting field service inventory management and workforce scheduling.
This report indeed notes that unlike most major global manufacturing companies, GE elected  to build its own operating system rather than have a reliance or recurring cost dependency on major technology providers.  The report clarifies as to GE stated plans to continue to provide software for existing customers and core industries rather than marketing and selling to other industries.
Here again, it is unclear what that implies down the road, depending on which software or technology assets are auctioned off, especially it that involves rights to Predix itself.
In a Supply Chain Matters blog commentary published last November, we reiterated our perspectives on GE Digital, in that we have consistently admired GE’s efforts both in the company’s global supply chain strategies and IT practices, but also in the vision and strategies surrounding GE Digital Manufacturing and Industrial Internet strategies. We felt that the company came to understand that digital disruption was a major threat as well as a market opportunity. GE was bold in stating that factories no longer need to be sourced where labor is cheaper, but rather to best service major geographical markets. They can compete where educated workers can make the most of advanced technology, and where opportunities can be leveraged to shorten supply chains, invest in Industrial Internet capabilities, additive manufacturing and reduce inventories.
In that blog, we commented on the then current plans calling for the unit to focus solely on Edge to Cloud and Digital Twin strategies, along with a revised strategy that have Predix applications solely supporting GE business’ unit customer outcomes.
We opined that such a move will likely open-up some lucrative market share opportunities for existing Cloud and IoT platform providers such as Amazon Web Services, IBM, Google, Microsoft, and Oracle in industry verticals that turn out to be not core to GE’s eventual strategic businesses.
Today’s report, if as speculated, leads to a selling of other GE Digital technology assets, then other IoT technology applications providers may have the opportunity to broaden or fill-in their applications software or Digital Twin technology support offerings. Again, all is dependent of what exactly will be offered.
In any case, today’s report is a rather sad commentary to the bold vision and commitment that former CEO Jeff Immelt established for GE. Other major manufacturers or enterprise technology providers may well gain the benefits of such a decision.
We applaud all those that contributed to the vision and efforts of GE Digital. Your efforts were indeed groundbreaking and noteworthy.