Reflecting on Supplier Management Practices Related to the Apple Watch

In our prior Supply Chain Matters commentary concerning Sharp Corporation, we reiterated the two sides of supplier based relationships involving the most recognized supply chain, that being Apple.  On the one hand, being chosen as an Apple supplier can provide enormous scale, global reach and financial rewards.  However, Apple is a demanding customer with unique and exacting processes that can test any supplier.

In a May commentary, Supply Chain Matters highlighted a report indicating that one of the key technology components within the Apple Watch had experienced reliability issues. The taptic engine component, which controls the sensation of tapping the watch while transmitting heart-rate data, was sourced among two key suppliers.  Citing people familiar with the matter, The Wall Street Journal reported at the time that reliability testing has discovered that the taptic engines supplied by a China based supplier demonstrated reliability problems, with Apple electing to scrap some completed watches. Engines produced by Japan based Nidec Corp., the backup supplier, reportedly had not experienced the same problem. Apple subsequently moved all remaining sourcing of this component to Nidec.

Today’s WSJ report regarding Sharp also makes mention of the Apple Watch component issue in the context of how manufacturers can discard faulty products when design issues or production snafus are evident. The report again noted how Apple subsequently turned to Nidec for nearly all of its taptic engine production needs, but it took time for this other supplier to ramp-up its own production processes to be able to accommodate Apple’s overall production volumes. Thus, for our readers who were wondering what was causing the delay in the delivery of their new Apple Watch, now you know.

The obvious takeaway is that active supply risk mitigation is essential for key technological components, as well as the ability to lend a helping hand to suppliers in time of product or business crisis. Such risk mitigation is especially critical in new product ramp-up stages as volume production processes are tested for volume scale.

There are two-sides to supplier loyalty and management, and how they are practiced goes a long way in the determination of overall supply chain agility and responsiveness.

In November of last year, the WSJ stated in a report related specifically to Apple’s supply chain: “If you cut a deal with Apple, you better know what you’re getting into.” That statement continues to sum it all. 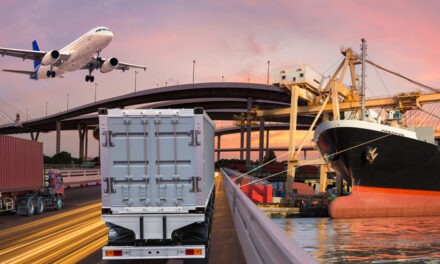