This week, President Trump has again turned to Twitter, a preferred outreach medium to repeatedly rant on Amazon, and how the online retail giant is ripping off the United States Postal Service (USPS). Supply Chain Matters humbly suggests that the President channel his energies in a far more appropriate direction, providing the leadership and influence to help the USPS to become a modern and competitive agency for this new era of the online economy.

Before we dive deeper in this commentary we once again alert our current and new readers that Supply Chain Matters is not a politically oriented blog. However, current events related to industry supply chains, online commerce and logistics increasingly intersect with political forces, hence the need to clarify that this is a supply chain management focused blog commentary.

This blog has featured several past commentaries directed related to the USPS. In August of 2016, when the presence of the USPS as an instrument of online commerce last-mile delivery capability was becoming discovered, we declared a critical crossroads for the agency. We observed that the agency could not sustain its growth in package deliveries related to current and more expanded

online commerce package volumes without investments in newer equipment, systems, and more flexible people resources. Since that time, some investments have been made, including the acquisition and multi-year delivery of larger new and more efficient parcel delivery vans. Some labor practices have been changed as-well. But much more efforts remain, particularly in overcoming longstanding structural financial challenges. 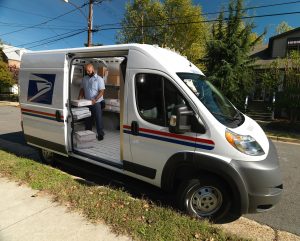 President Trump recently declared, on multiple “tweets” that Amazon utilizes the postal system for its own gain, benefitting from a vast and cheaper delivery network.  The brute reality is that Amazon is not alone in such actions. Many other businesses, and indeed two of the globe’s other parcel transportation providers, FedEx, and UPS, are both reliant on the postal service for a significant amount of last-mile delivery needs, including premium Sunday delivery services. There is no getting around that the existing USPS network is a resource, perhaps a more efficient resource with added investments. Major parcel carriers including Amazon are savvy enough to recognize an opportunity. FedEx itself remains a multi-billion prime air freight services contractor to support USPS’s overall air shipment needs and in-turn, its own divisions sub-contract certain of its own last-mile parcel delivery needs to the agency. Hence a symbiotic business relationship, as can be argued that Amazon has done it other ways.

The USPS is attempting to overcome some significant financial challenges related to its business model. Like many other governmental postal agencies, the original mission was to support the transport and delivery of paper mail and parcels. With the explosion of email use and other electronic means of communication, traditional mail volume demand has consistently declined with every passing year.

In its report of fiscal year 2017 results, the USPS indicated mail volumes had declined by approximately 5.0 billion pieces, or 3.6 percent, while package volumes had grown by 589 million pieces, or 11.4 percent, continuing a multi-year trend of declining mail volumes and increasing package volume. Overall volume has declined by 4.9 billion pieces. The postal agency garnered upwards of $19 billion in revenues from parcel package deliveries, an increase of 11 percent. The number of packages delivered was reported as 5.7 billion, an increase of nearly 12 percent.

The postal agency should be complemented for becoming more media-savvy. TV commercials depicting USPS vans branded with virtual retail branding has purposeful and powerful meaning for online consumers. After all, the postal service will likely always be viewed by consumers as well businesses as that familiar local and reliable presence on most any street corner.

As The Wall Street Journal recently observed, the Postal Regulatory Commission, that serves as an independent monitoring body for corporate customers and tasked with assuring that services are offered at a profit, recently determined that four out of a total of 846 National Service Agreements failed to cover their attributable costs. Three of those contracts were noted as expired or terminated.

Today, the Postal Service Board of Governors, tasked with oversight, has had no appointed members since December of 2016. The President nominated three members to this board in October. No U.S. Senate confirmations have been forthcoming.

The USPS can indeed continue to pay a pivotal support role in the new online economy.  However, the Congressional pollical support environment is laden with federal and local stakeholder interests, not to mention certain lobbying interests that favor privatization.

Thus, the President can channel his leadership and attention in a far more important focus related to the online economy, insuring that the USPS gains the needed attention that the agency requires.  From our lens, the question is not whether businesses are taking advantage. Businesses will always seize on opportunities to save on costs and provide added efficiencies. Energy is better channeled in influencing the U.S. Congress and the White House to ensure that the postal service has the mission and the required resources to be an integral and profitable domestic last-mile services provider. That includes overcoming current financial structural obstacles related to pension accounting, staffing an objective Board of Governors and allowing the current Postmaster General and CEO Megan J. Brennan the ability to successfully carry out the agency’s mission, 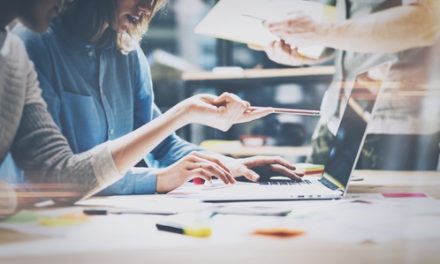